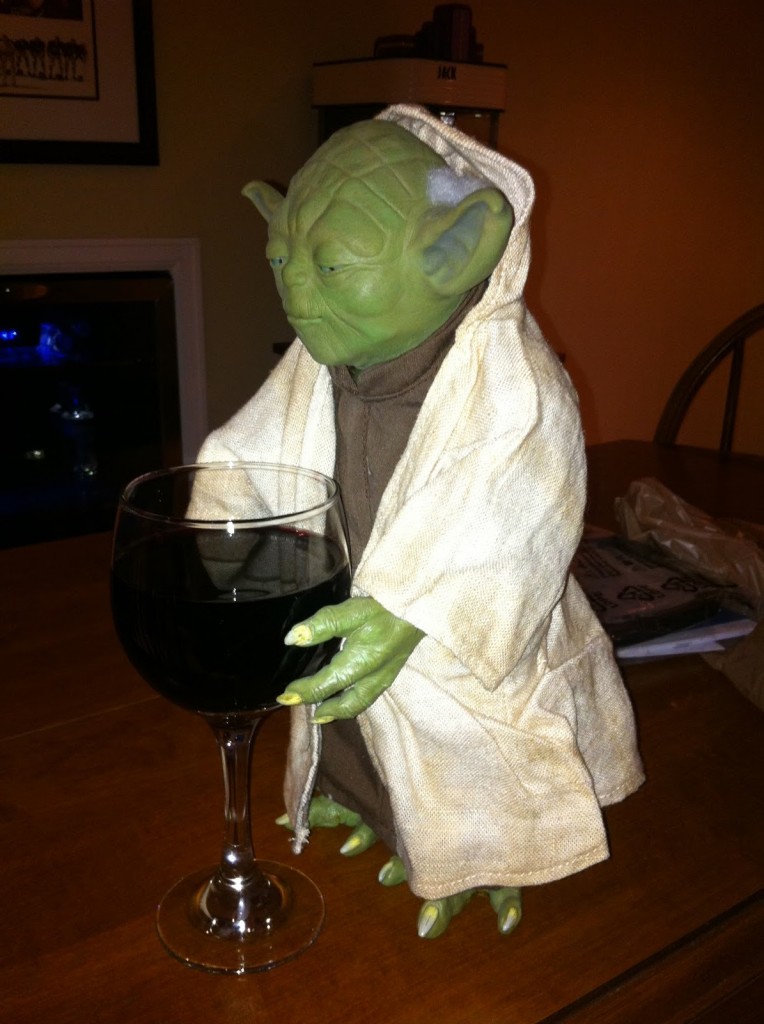 I visited Cardiff at the weekend – it’s a city I like very much.  On Saturday my friend and I trawled the little arcades and went into lovely fashion boutiques and vintage clothing shops.  We’d already had a bottle of wine with lunch so I ended up spending quite a bit.  Anyway, it was in one of these arcades that I saw a remarkable site that I felt deserved a bit more attention – one of them empty shops was absolutely chock full of bearded men sitting around tables, hunched and deep in concentration, beer bellies squashed against institutional furniture, washed out Star Wars motifs on ageing XXL T-shirts just visible through the condensation on the glass as they contemplated what move to make next in whatever board game they were playing.

I wanted to go in.  My friend said no.  One or two of them had clocked me staring in.  I wasn’t certain if they had seen a woman before.  We left in a hurry.

Brilliantly, when I went back to work after the bank holiday, I noticed that some work had been done on the vacant premises opposite our offices, and a little bit of research on Google led to the rather brilliant revelation that one of these beardy Dungeons and Dragons outlets is opening in my home town as well.  I was pretty pleased, not least because during the day I recruit software developers, and having this sort of environment just across the street will save me a lot on advertising.  I can just lurk outside with a bottle of mead and a sultry 35 year old picture of Carrie Fisher.

Now, I have nothing against these folks.  I encounter them a lot at beer tastings in the midlands, where I live.  There’s nothing they love more than a good British pint of Real Ale.  They don’t drink wine though.

I wondered how the wine industry could penetrate this difficult, but pretty substantial, market of board game, war game, and at the weekends, live action role play enthusiasts.  Perhaps we could infiltrate them – perhaps we could walk among them.  We could hold our own event that would by its very nature attract a large group of unkempt and somewhat geeky individuals that also enjoy knocking about in fields by day and speaking in code that isolates outsiders.  But then I realised we already have that.  It’s called judging at the International Wine Challenge.

Another thing they love is collectibles – statues of their favourite Sci Fi icons, comic books, first editions of the book that generated the film, the 56-disc box set with 700 hours of scenes that were deleted from Lord of the Rings in order that it would fit into a cinema-friendly 4-hr slot.  They love it – and many of them have deep pockets.  Maybe we could convince them that some wines are worth thousands and thousands of pounds for a single bottle, and actually auction them off to the very geekiest and richest ones?  Oh, wait….

Okay.  How about this… we re-enact The Hunger Games?  For those of you not in the know, the basic premise of this popular book aimed at teenagers but adored by grown-ups is a sort of angst-ridden post-apocalyptic fight to the death.  Perhaps we could host it on a German wine estate and call it the Abfüllung-er games?  (I know, its crap.)  But I didn’t think the mead-swilling bearded XXLs would be up for a wine-related fight to the death.  They would much rather have a lovely bacon sandwich and a nice cup of tea.

There had to be some way to infiltrate this challenging new market.  They seemed unlikely wine drinkers, but they also seemed suggestible.  Who would have thought back when Star Wars first came out that its most dedicated followers would one day not only walk among us, but sit in what can best be described as a large aquarium of bearded folk where people could come to observe them?  They were not content to lurk in the shadows anymore.  And why should they?

I had another idea.

We had to target their greatest passion – the sport known as Live Action Role Play, or ‘LARPing’.  We could lure them to a vineyard by day, where they could re-enact viticulture’s finest moments, like the battle against Phylloxera, or the last stand against grey rot.  Then we could get into our tasting gear and re-enact Robert Parker’s finest tasting moments. Now, who on earth wouldn’t want to do that?

Or maybe we should just let them be… pot, kettle, black and all that.  If you read this blog regularly, or if you giggled at the Abfüllunger games joke (shame on you!), or a little bit of you is secretly thinking that my live action wine role playing idea is actually pretty good, then I’m afraid, my friend, the mead-swilling war gamers are probably having a bit of a giggle at your expense too.  And mine.  And quite rightly so.