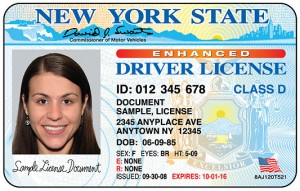 I stopped off to buy some bits for dinner at the Co-Op last night and grabbed a bottle of wine while I was there – mostly to smother the beef for my casserole – but I had always intended to have the lion’s share myself while waiting for dinner to cook.  Imagine my surprise when the cashier paused before putting the wine through, gazed suspiciously into my eyes and said, ‘Got any ID?’

Fortunately my apparently youthful face has got me into trouble before and so I always have ID with me.  But just as I was feeling really good about myself, the cashier handed my driving licence back to me and said ‘oh, right, I can see it now.’  And giggled.  And the moment was over.   Still, it’s good to see that supermarket staff are taking their responsibilities seriously – after all they would be personally eligible for prosecution if I were actually under 18 and they went ahead and sold alcohol to me, so it is a very serious matter nowadays.   Clearly I am not under 18 – in fact next month I will be twice that age – but in the split second that the cashier gets to make a decision on whether the customer is under 25 or not, she had at the very least been unsure, and that made me feel good.  Until the giggling started.

In hindsight, it really was quite funny.  What kind of a 17 year old would go to the Co-Op dressed in a business suit and buy beef, celery, Portuguese red wine and bin bags?  Perhaps that is a novel way to obtain alcohol when you are underage, but if a 36 year old can get stopped then someone who actually does look young has very little chance.  And if successful, they are lumbered with celery and bin bags and what 17 year old would take that chance?

Anyway, this slightly unlikely supermarket encounter got me thinking.  We have a unique perspective being in the drinks trade, we sometimes forget that not all drinks appeal to all people.  Look at Sherry and Port for example – cheeky Vimtos aside, neither is exactly ‘down with the kids.’  You won’t see too many people under the age of 30 enjoying a cool glass of Manzanilla on the terrace of a London bar, however much the uber-cool Xerez crowd would wish it so.

I’ve recently been reading about Port producers following the example set by the Scotch malt whisky industry – looking at new ways of branding and marketing their tawny Ports to encourage more people to try them and try to generate a more substantial customer base.  I tend to think if Scottish single malt whisky can somehow become cool, the Port producers have nothing to worry about.  Years ago when I was selling Malts they tended to be packaged in rancid garish tartan and looked about as appetising as a deep fried haggis.  Yet somehow, through clever branding and marketing (in particular by the Classic Malts people) they gained a place in all the best bars and on all the best restaurant lists as aperitifs and digestifs.  Malt whisky was no longer the secret shame of old men with red noses – young people were asking for specific malts by name.  Women were enjoying them too.  Even the unpronounceable malts were gaining a cult following.

But it isn’t all a matter of clever branding – our tastes do change as we get older.  Back when I actually did look young enough to get asked for ID, I would probably have been buying white wine but certainly not red.  I was in my mid-twenties before I developed a taste for red.  I do have a soft spot for Sherry but while I appreciate Port, it isn’t something I drink very often.  I haven’t tasted enough vintage Ports to really understand them, although I think young tawny and crusted Ports are great value and lovely to have around at Christmas.  Every time I taste them I think ‘I really ought to drink more Port’ but it has never actually happened.  Maybe this will be the year.  But I don’t think that’s necessarily a bad thing – I just don’t think my palate is ready for Port yet.

Maybe that’s the reason why some wines seem ‘age appropriate’ – fluffy Pinot Grigio and easy-to-identify Sauvignon and ripe, fruity Merlot were much more appealing to me a few years ago.  That is not to say that I only drink ‘serious’ wines now – but I would say I tend to look for more complex flavours and wines that can’t be dissected in just one sip.

As for my Portuguese red wine, it tasted not too bad at all and was a delightful accompaniment to the casserole that it was also used to flavour.  It had a Port-like quality that made me think ‘I really  ought to drink more Port’.  So maybe this will be the year after all.