I can always tell if I’ve been to a good wine tasting by looking at my notes the following day. Are they thorough, helpful, clearly 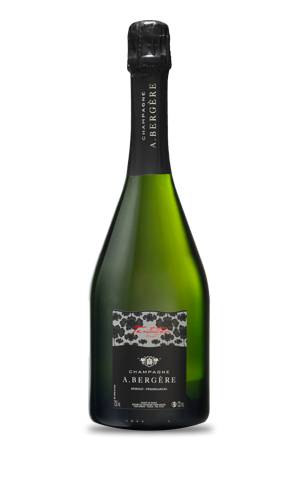 written and complete for every wine I tasted? Or do the first few notes start out in earnest and then steadily worsen as the tasting progresses until all that is recorded is perhaps a wine’s name with a checkmark next to it – or perhaps nothing at all?

If the latter, it was likely a good wine tasting.

As it happens I’m not the most disciplined note-taker. Set me up in a room with no distractions and I will diligently record each wine that I taste. But turn down the lights, throw a crowd of chatty people into the mix and maybe some bread and cheese, and, well, chances are good I’ll get a little distracted.

And this is exactly what happened at the beginning of October at the Wine Owners Champagne André Bergère tasting. My notes started off with such promise, but a few too many sips of fizz soon resulted in a great deal of confusion over which wine was in my glass and then contrasting opinions from my counterparts as to which wines were the best wines of the night.

If Champagne André Bergère seems like a new name to you, that’s because it probably is. Not previously widely available in the UK, it is now being sold through the Wine Owners platform through a new venture that works much in the same way as China’s online marketplace, Alibaba. The platform acts as the retail outlet for the wine (hence the tasting) but rather than hold stock in a warehouse on the outskirts of a non-descript English town, the goods are delivered direct from the vineyard. In the words of Nick Martin, founder of Wine Owners, this arrangement “takes the risk out of the situation” and is a growth area for the business. This concept is similar to that used by Cellar Door, but is delivered through a trading platform that offers a full range of features for enthusiasts and investors.

As Champagne producers go, André Bergère is a fairly big outfit, having 63 hectares under vine and an annual output of around 300,000 bottles. This makes it a medium-to-large producer in the Champagne region, but only a fraction of the size of big outfits such as Louis Roederer (214 hectares) and Bollinger (164 hectares). 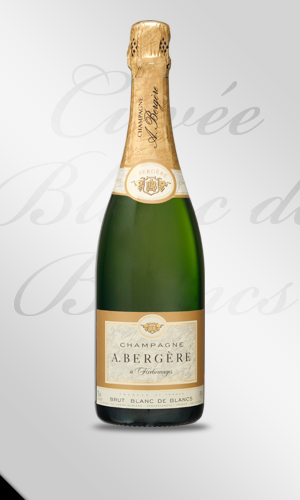 So what of the wines? There were six different wines on tasting, ranging from the entry-level Cuvée Selection Brut, for £89.25 per six in bond to the top-level Cuvée Tentation, selling for £126.42 per six in bond. The following are my notes for the wines, or whatever I managed to write before I slipped into a Champagne-induced blackout.

Plenty of crisp green apples on the nose with hints of citrus and brioche. In the mouth it has brisk acidity, more bright green apple flavours and a hint of nuttiness. The bubbles are fine and mousse is soft. It is a pleasant and light Champagne; not something big and serious but more easygoing and well-suited to more casual drinking. £125.74 per six duty paid.

Made from 100% chardonnay, this had all the classic hallmarks of a blanc de blancs, expressing the fruit quite well. Because it isn’t given a dosage, this has some bracing acidity to it, green apples and stone fruits on the nose and palate, and a medium finish. I wasn’t totally enamoured of this one, finding it lacking in development and roundness. £138.94 per six  duty paid.

This received a great deal of attention and appeared to be a crowd favourite – or so my fuzzy memory from the night suggests. I found it to be a little bit closed on the nose but revealed brioche and citrus after some swirling in the glass, as well as those hallmark chardonnay flavours. Perhaps it simply needs more time? It seemed to have a bit of a hole in the mid-palate and a shorter finish, but a little bit more development might reveal more of those flavours that are found in mature blanc de blancs Champagnes. £150.94 per six duty paid.

This is a blend of 60% pinot noir and 40% chardonnay that is considered the flagship of the André Bergère portfolio. I clearly must have been having a good time because this is the point at which my notes fell off a cliff. Did I even write anything significant on this wine? Oh yes: It seemed a little bit closed, but revealed stone fruits and grassy notes, and should develop further over time. £170.14 per six duty paid.

Ah, yes, I remember this one. Between mouthfuls of cheese and bread, I wrote notes on this one to the effect of: yeasty and nutty, clearly a bigger Champagne than many that came before it on the evening. The notes from Wine Owners describe it as “concentrated and generous, with plenty of opportunity for development over the next few years.” £165.34 per six duty paid.

There’s this problem with pink Champagne. They can divide a room and this one was no different. This is an approachable wine that is fruity yet dry in style with plenty of strawberries on the nose and further strawberries and cream on the palate. If you like the style of easy-drinking rose Champagne, this is for you. £137.74 per six duty paid.