Simon, you are the head of the oldest and arguably the most prestigious Wine & Spirits Merchant in the country, Berry Bros & Rudd. When we met, what most surprised me was that if you had had the choice, you would have rather gone into acting /directing than the wine business. Tell our readers a little bit about this…

I was 19, and acting was fun: the family firm, even such an amazing family firm as Berry Brothers & Rudd, was work. It also represented, in my mind, my parents’ choice of how I should spend my life rather than my choice. So it was a form of rebellion, I suppose. If I had a less pathetic pain threshold I might have gone for a tattoo or piercings, so let’s be grateful for small mercies. And by the time I reached 23, and realised the plusses of the wine business and the minuses of the acting profession (including a lack of talent…) I came back into the fold readily enough. In the meantime I still keep up my interest in the stage and the cinema: I’ve produced the odd play, written the odd script, and am now lucky enough to be on the Council of RADA, which is a great privilege.

You and your father were very close. What were the most important lessons he taught you when it came to trading wine. And explain to us a little bit about the uphill journey your father had to go through to join the family business?

My father was the younger son in the family, and there were strict rules that only the eldest son could come into the business. When he was in his late 20s his brother was killed in the war, and through this tragedy he was suddenly allowed to do the job he had always wanted to perform. So it was, to his dying day, the only job on earth that anyone with any sense could possibly want. He taught me a lot: principally that wine and spirits are part of the fabric of a civilised life, and that anyone who forgets that and who abuses alcohol in any way has missed the point entirely.

You’ve made it much harder for existing family members to join the business. What rules have you introduced to ensure that a ‘Berry’ doesn’t get an easier ride and why did you introduce them to begin with?

Families grow faster than businesses, and it’s important that BBR gets the best family members working for it. If you set tough barriers for entry the next generation won’t feel that joining the business is a soft option, there as a safety net if all else fails. We’ve survived for over 300 years, and I want us to survive as a family business for another 300.

So family members have to have a degree, and have to have worked outside the wine & spirits industry for at least 3 years before they can apply here. Firstly they will come to the firm with a much broader perspective, but secondly they may decide that the business is not for them – which is also fine!

You are the first person within the company to allow passers by to see into the shop from the street. Was this masterful planning or a mere accident?

Mere accident! We used to have metal shutters on the inside of the windows on St James’s Street up to eye level, with “Berry Bros & Rudd, Wine & Spirit Merchants” painted onto them. A throwback from the 19th century, I suppose. A window cleaner overslept one day, and the shutters were still down when I arrived for work, on a sunny day which made the shop look amazing with the light streaming into this unique space. The guys in the shop were in a state of trauma, as if we’d just made them take all their clothes off! It was also the day of a board meeting, and while the board were standing in the shop wondering whether this was genius or sacrilege an American walked into the shop. He’d walked up St James’s Street every time he’d come on business to London, but for the first time had realised we were there because he’d recognised the shop from the street! So the decision was made, and the shutters never went back up.

Simon, we played a prank on you and reported you missing. We did this because we were struggling to get anyone’s attention at Berry Brothers, and you were a very good sport about the whole thing. What did you think of our prank?

It was very funny, and it worked!

In your opinion, who benefits from Robert Parker’s retirement? And do you believe the investment market will change dramatically after his exit?

I’m not sure that he ever will retire. But he’s not immortal of course, and the only constant is change. Clearly there will one day be a shift: he’s the most powerful critic in the world, and has done a great deal of good making wine accessible to millions of people all over the world. He has also changed the way many wines taste, and (ironically for the ‘people’s champion’) fuelled the ever-increasing rise in top-end wine prices. It could be argued that it is a dangerous situation if one man has the power to have that much influence. I hope that we’re beginning to see a more democratic situation, where wine drinkers listen to many more people before making their minds up. It’s already happening: Cellartracker, for example, is creating a real revolution.

Berry Bros & Rudd were positioned out in HK before the dropping of duty on alcohol. How have the demographic of your clients changed since when you were first there till today?

When we arrived in Hong Kong in 1999 most of our sales were to ex pats. Now 90% of our sales are to Chinese customers. Which is the way it should be.

Hong Kong has also become centre of the wine world in many ways: certainly the centre of its attention. I’m determined that it’s a market that should be carefully tended for the long term, not just looked upon as a gold-rush town where a fast buck can be made. The amount of fakes coming into China and being sold in the auction market is a scandal, for example – many of them originating in America, it is now becoming clear, which is diametrically opposed to the situation that exists in popular Western imagination. The people responsible for this deserve to end up in jail for a long time. How dare they treat such an exciting opportunity as China with such greed and such contempt? China requires long term investment, especially into education and making wine-drinking part of an international civilised way of life – not con-artists trading on perceived ignorance.

For the last 6 months of last year the fine wine market took a free fall. Do you think the money from Asia has made the market more volatile?

That statement is not entirely accurate. The very top wines – Lafite, for example – had grown in price far too quickly, and there was a quite proper correction. But the fine wine market in general, especially if you include lesser Bordeaux, and Burgundy in general, was remarkably stable given the global economic situation. Asia – or more accurately China – is driving the world economy at the moment, and the wine market is no exception. 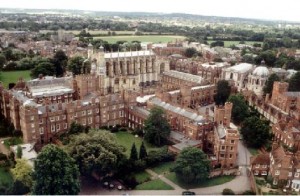 You were schooled at Eton. Do you think that people who go to public school are automatically called Toffs

Maybe you should find somebody and ask them that question. Let me know what they say! And tell them not to be so chippy!

You’ve been fortunate to work in many factions of the wine industry from warehouses to the cellars at Mouton Rothschild. Looking back, Which was your favorite of those jobs?

Mouton was a great education, of course, as I had two amazing tutors in Philip de Rothschild and the legendary cellar master M Blondin (I never plucked up the courage to ask him if he was a relation of the tightrope walker). Working as a stagiere at Moët & Chandon was the most fun, but I also have very fond memories of driving fork lift trucks under the arches of Waterloo for Deinhards.

Other than 12×75.com, which are your other favourite wine publications?

We need to include websites under the general heading of “publications”. Jancis’s “Purple Pages” is a must, and I also find out a great deal of what’s going on by logging onto the forums on wine sites, especially the UK Wine Pages, and Wine Berserkers for a more international perspective.

How would you like to see BBR develop over the next few generations, and do you already have a succession plan in place?

I don’t want to lay down a rigid plan for Berrys’ – that will be up to the next generation. Their vision, not mine. The succession plan is being formed, but in some ways is tricky as there are so many talented people. They all complement each other though, and will make a great team. Most importantly they won’t have short horizons, and will allow the company to reach its own potential – probably in ways I haven’t even dreamed of.

There are a huge number of people in the trade to admire! Wine makers, lots of other wine merchants, innovators (Eric Levine at Cellartracker and Martin Brown at Wine Searcher, for example). But I don’t do lists, and especially not lists of three. I could give you a long list of those I don’t admire: right now, anybody who is not taking seriously, or even worse exploiting, the pernicious spread of counterfeit wine. Bit I’ve already raged about that above!

In 2010 you launched Berry’s Broking Exchange (BBX) – how has BBX done to date, and was it formed to cater for the ever growing interest in investment grade wines? 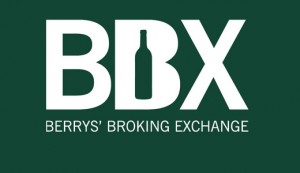 BBX has outperformed all our expectations: in fact we have kept relatively quiet about it so that the rush doesn’t become a stampede before we can control it. It was formed to answer the question of the provenance of investment grade wine (horrible term!) which I referred to in my last answer. All the wines on BBX come from our cellars, albeit from the stocks of our customers looked after by us, and have our normal guarantees attached to them. If you know where a wine has been stored since it was made, or have the guarantee of a merchant with a reputation to preserve, then you can be sure that you’re not being sold a fake. 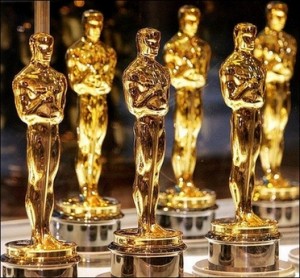 I know you are not a fan of titles, but if I had a gun to your head and made you answer the following question which answer would you go for. The question is which title would you rather hear in front of your name?

Not a contest: the Oscar. But can I have it for best screenplay please? I know my limitations…….!

12×75.com would like to thank Simon Berry for treating me to a wonderful lunch and making the time for this interview. I found Simon to be funny, intelligent, witty and disarmingly charming. I tried soooo hard to dislike him, but it just didn’t happen. Simon Berry is the Chairman of Berry Bros. & Rudd, need I say more ?! – The Editor