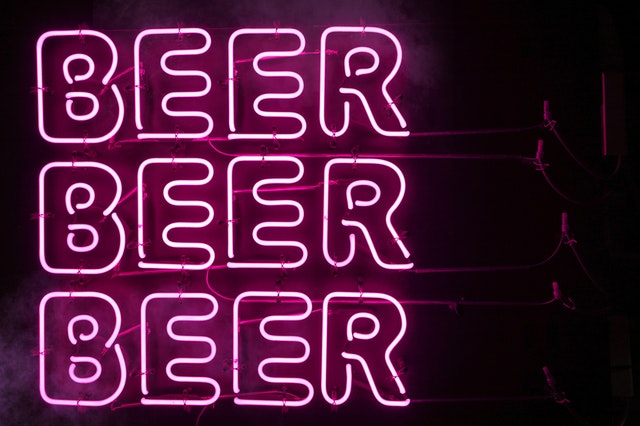 The obvious difference between non-alcoholic beer and is conventional alternative is the amount of alcohol the beverage contains. However, it is worth remembering that even beverages advertised as non-alcoholic will contain some trace amount of alcohol. Some naturally occurring alcohol is unavoidable thanks tot he brewing process. That being said, this amount of alcohol is very low. In the UK, any beer sold as ‘non-alcoholic’ or ‘alcohol free’ must never exceed 0.05 percent Alcohol by Volume (ABV). For comparison, a typical alcoholic beer might contain an average of 5 percent ABV. Low-alcohol, or so-called ‘light’ beers, will usually contain no more than 1.2 percent ABV.

How Does Non Alcoholic Beer Taste?

If you are turning your attentions to the non-alcoholic beer market for the first time, it might make sense to look to your favourite breweries. Many big names in brewing, such as Heineken and Budweiser, have been in the business of producing low and non-alcoholic beers and lagers for more than two decades. If you’re looking for a non-alcoholic version of your preferred malt beer or pale lager, exploring what your favourite breweries have on offer is certainly worth doing. These producers have been perfecting their non-alcoholic recipes for years now, utilising the same high-quality ingredients and industry-leading distillation techniques they utilise in producing conventional alcoholic beverages. As such, you can expect a non-alcoholic beer that’s a lot more in keeping with your preferred choice of brew.

That being said, don’t be afraid to look further afield. There are many smaller breweries who focus purely on the non-alcoholic market, so there techniques have been tailored to produce a premium beer with little or no alcohol. These types of supplier will almost certainly have a broader offering when it comes to non-alcoholic beers and lagers. If you are weary of investing in a subpar non-alcoholic offering, consider award-winning alternative rather than best-selling brews.

When it comes to producing non-alcoholic beer, there are two main methods of minimising the overall amount of alcohol in the finished product. One of these is to remove the excess alcohol from the final beverage once the brewing process has been completed. The other method is to restrict the formation of alcohol during the brewing process itself. When it comes to removing excess levels, boiling away alcohol by heating the beverage is a straightforward option many brewers turn to. Another popular method of removing alcohol from a finished beverage is to physically filter out the alcohol from the beer itself.

Opting for non-alcoholic beer isn’t just a sensible bet for drinkers looking to eliminate hangovers. There are numerous key health benefits non-alcoholic alternatives to enjoy. It is worth considering the current guidance on safe drinking limits to get an idea of the potential benefits of switching to non-alcoholic beers. In the United Kingdom, it is recommended that men and women avoid regularly consuming more than 14 units of alcohol beer week. That equates to about six or seven beers of average strength (around 4 percent ABV). For those who enjoy the flavour of lager or beer and would like to consume more than one such beverage a day, making the switch to a non-alcoholic alternative makes a lot of sense.

Another huge benefit of non-alcoholic beers is a considerably lower overall calorie count per serving. By cutting out the amount of alcohol in your drink, you also enjoy substantially fewer calories per sip. This is certainly good news for those looking to keep their waistline in check, but the health benefits of non-alcoholic booze extend beyond staying slim. When you avoid excess alcohol intake, you always avoid potential problems like low blood sugar. Hypoglycaemia is a common complaint associated with excess alcohol consumption and is a chief instigator of hangover symptoms. By eliminating this ailment from your drinking behaviour, you will be less inclined to reach for sugar-rich foods that are high in calories the day after you have enjoyed a beer or two.

Another common misconception surrounding non-alcoholic beer is that it commands a premium compared to everyday options. While it’s true that some non-alcoholic varieties of beer are priced more highly than typical offerings, nowadays, there really isn’t much difference in cost between the two. Certainly, if you are buying non-alcoholic beers from big name breweries, you will struggle to find much difference if any when it comes to price. However, if you are ordering from smaller, specialist breweries, you can expect to pay a small premium. You should also consider quantity when buying to ensure you are getting the best deal possible. Purchasing a single beer or a few bottles at a time will of course cost more than stocking up on cases and crates.

Ready to make the switch to non-alcoholic beers? Below you’ll find our pick of some of the best non-alcoholic beers currently available on the market. There’s top-tier options from some brilliant breweries, so you’re bound to find something that ticks all the right boxes in terms of flavour and price. 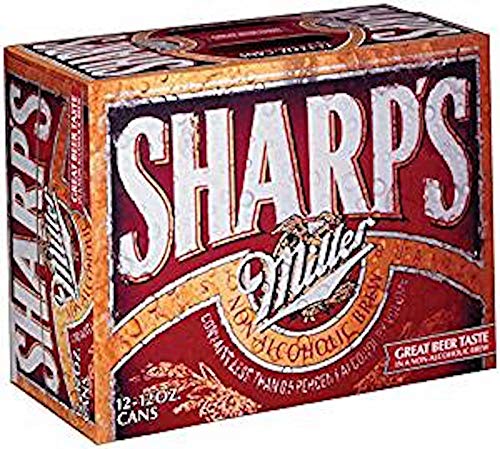 If you’re looking for an established name in non-alcoholic beer, Sharp’s is well worth considering. This premium beer was first introduced back in 1989 and continues to prove a popular option. Sharp’s is produced via Ever-Cool brewing, a patented method that allows the brewing process to be carried out at a considerably low temperature. As such, alcohol production is significantly diminished during the brewing itself. The end result is a non-alcoholic beer produced more authentically, with little compromise when it comes to taste and body. 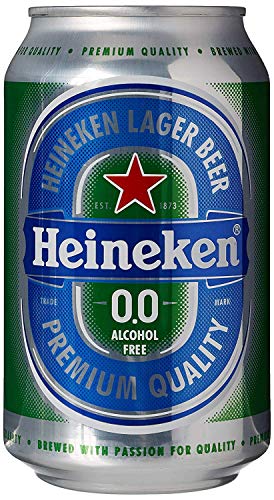 This non-alcoholic take on Heineken proves you don’t have to compromise when it comes to your beer favourites. This zero percent alcohol lager is a premium choice, with all of that signature flavour and body you’d expect from a typical Heineken lager. Expect crisp and refreshing fruity flavour for full refreshment, along with that smooth malty body that is synonymous with this Dutch pale lager. Brewed with the same A-Yeast and wholly natural ingredients used in the regular recipe, this is an easy switch for those looking to enjoy non-alcoholic drinking with none of the trade-off in terms of quality. 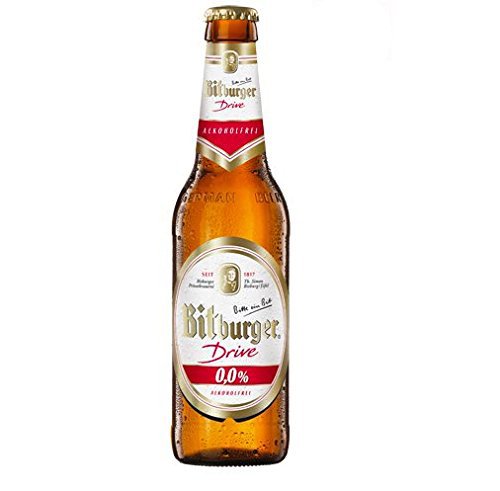 Bitburger is another heavyweight name in the world of beer, so it should come as no surprise that the German brewery has turned its hand to non-alcoholic drinking. Bitburger Drive is the fruit of that labour, yielding a medium-bodied beer that’s light and refreshing. In terms of flavour profile, Bitburger Drive delivers a drier experience, with a clean line running throughout. There’s also a crisp malty backbone to the whole thing, carrying through from the aroma onto the palate. What’s more, there’s a backdrop of bitterness, making this a go-to choice for those who value a rich and complex flavour. As with the previous entry on this list, Bitburger Drive is a zero percent non-alcoholic beer, making it a premier option for those looking to eliminate alcohol as completely as possible from their drinking. 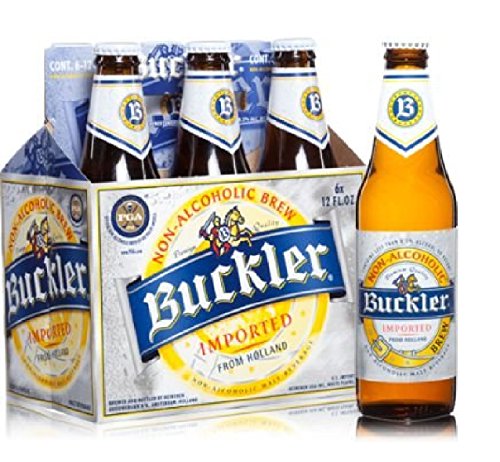 Those seeking something from the Heineken stable will find plenty to enjoy with Buckler non-alcoholic beer. This alcohol-free option is a great choice for those looking for something decidedly crisp and clean, with impressive lager flavours and none of that background yeast character you might find elsewhere. This is distinctly refreshing beverage, with delicious levels of dryness and a sharp backbone of bitterness rounding things off beautifully. A medium-bodied beer with levels of carbonation to match, there’s plenty to enjoy on the palate, with enough complexity to satisfy the most discerning of drinkers. Unlike other options in this list, this non-alcoholic beer does contain some trace levels of alcohol, with 0.5 percent ABV. 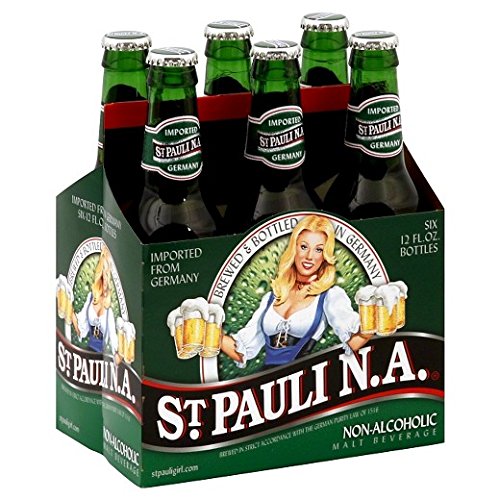 If you’re looking to cast the net a little wider and break away from the main breweries, this St Pauli German non-alcoholic beer is worth investing. This European style lager hits all the right notes, with a signature golden hue and plenty of carbonated goodness. There’s an enticing aroma on offer here as well, with hints of malt and grains to savour. When it comes to the taste, you can expect more grains and a subtle touch of corn, brining a hint of sweetness to the overall flavour profile. You’ll love the satisfying finish o this one, with a lingering tingle thanks to the carbonation. At just 0.5 percent ABV, this is a great way to eliminate your alcohol intake. A definite must for those who love their imported beers with a malty character.

Here’s another fantastic choice of non-alcoholic beer for those looking for something new. With less than 0.05 percent of alcohol by volume, this premium brew is just the ticket for those looking to ditch excess alcohol intake and cut calories. However, don’t expect any compromise when it comes to flavour and character. In fact, O’Doul’s is a real standout. This non-alcoholic beer from Budweiser was first unveiled in 1997 and quickly became an award-winning option. There’s a more mild profile going on here, with sweeter flavours and hints of sweetness, plus plenty of hop character come the finish. This particular beer has been produced at lower temperatures and distilled at lower temperatures, allowing for excess alcohol to be removed without interfering with the beer recipe too much. As such, a rich, complex and beautifully balanced brew is maintained for your enjoyment.