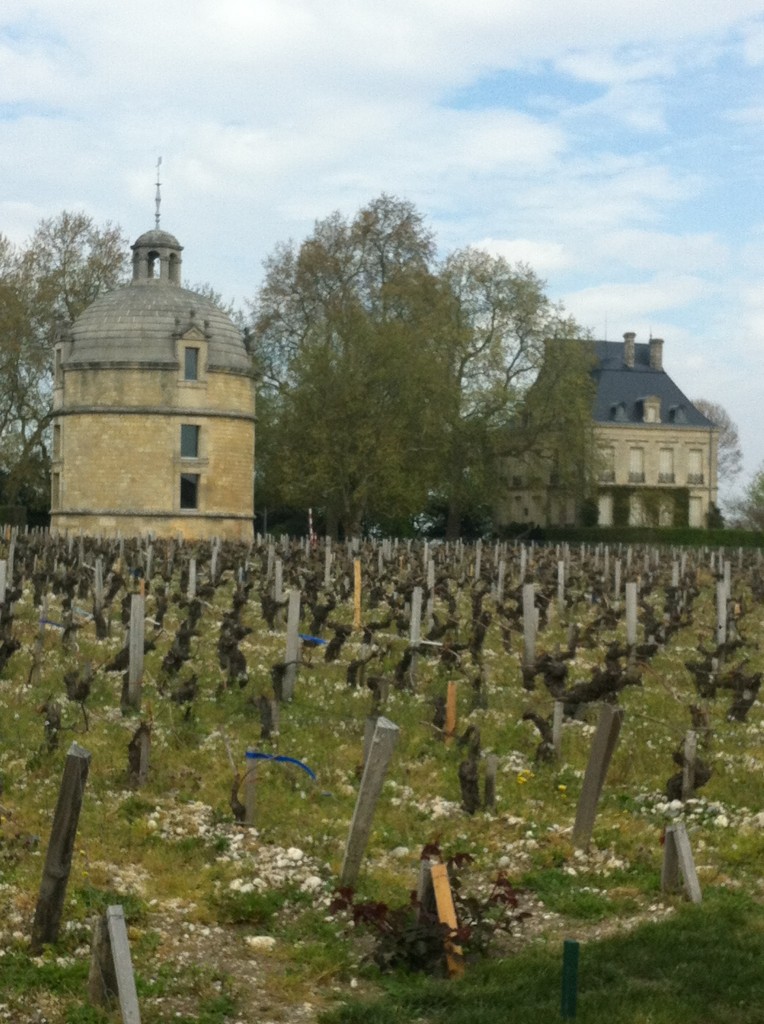 With anything that grows, it is guaranteed that crop yields and quality levels in any given year will fluctuate with the challenges that each season brings. Too little rain. Too much rain. The wrong kind of rain at the wrong time of year.  Too much frost.  Too much sun. And so on.

This is the same for many things we eat, whether it is wheat, corn, cabbages, or even the grapes that go into the wine we drink. But unlike wheat, corn and cabbages, which are for the most part priced by the market, the prices we pay for wine are entire beasts unto themselves. Nowhere is this truer than those set by our good friends down in Aquitaine.

To love Bordeaux is to love it blind, to accept its foibles, warts and all.  It is to grow old gracefully with it and never comment when it puts on weight or snaps at you for no reason. Even when we know it’s pulling a fast one, we keep coming back for more like a desperate lover. When a mediocre vintage is dressed up as ‘classic’ and ‘elegant’, we let it pass. When we had to endure record price rises during the good vintages and only nominal reductions in the bad years, our love continued because we just can’t get enough.  Ah, Bordeaux, we might not want you as much as we did during the glory years, but we still crave you and we certainly don’t want anyone else to have you.

But like all dysfunctional relationships, there comes a time when we must open our eyes and see things for what they are. There is no time like the present, and there are no châteaux better than St-Émilion estates Angélus and Pavie, both freshly promoted to Grand Cru Classés ‘A’ status, to show Bordeaux’s true colours. For despite the outrage over the high prices in last year’s en primeur campaign, and the slew of slashed prices across the region this year, these two châteaux decided to hike their prices by 30% and 58% respectively. Why?  Just because they can.

In what can only be a price agreed in concert, they are both releasing their wines for €180 per bottle this year. Coincidence? And just in case you thought this was an underhanded swindle, heed the words of Angélus’s owner, who told Decanter that the pricing process was no easy task. “It was the hardest pricing decision of my career,” Hubert de Bouard said. “We have to mark the occasion of our promotion and take into account the price of Angelus on the market – the lowest is the 2007 at around €165.”

As decisions go, you can’t deny the gravity and importance of this one. Think John F. Kennedy’s decision not to engage in nuclear warfare during the Cuban Missile Crisis, or Neville Chamberlain’s declaration of war against Germany in 1939. Very hard indeed. Very hard when Angélus and Pavie’s top-level compatriots on the Left Bank have slashed their prices in the double-digit range. Château Margaux? Down 33% to the same price as Chateau Mouton Rothschild, at €240 per bottle. In fact, producers across the board have cut their prices, but Angelus and Pavie? No, they’re not moving.  They’re sticking with their decision – whether the vintage merits it or not.

Of course, we shouldn’t string up Angélus and Pavie on their own. While this year’s falling prices might seem like an olive branch after last year’s fiasco, well, they are not. When 2012’s prices are compared to 2008, itself a ‘classic’ vintage, in many cases they are much more expensive, sometimes to the tune of 80 per cent or more.

Let’s look at some examples. Clerc Milon’s €31 price might be 14% less than 2011, but it is still 44% more than 2008. But that’s nothing compared with Château Margaux. If you thought its one-third price-drop was a bargain, think again, because it’s still 85% more than 2008. And then we have Château Palmer at €160. If Angelus and Pavie are joint winners of Bordeaux’s prize for best pocket-lining opportunists, Palmer must be a frontrunner for the most pointless price cut at a negligible 1% reduction compared with its 2011 price. This wouldn’t be so bad were it not for the act it is still 88%– yes a full 88%– higher than 2008.  While no one likes a ludicrous price hike, at least there’s something of a swagger about the two promoted wines that makes Palmer seem like a snivelling (and similarly penny-pinching) distant cousin.

So what lessons should we learn from all of this?

First, it means there is little in the way of consistency, structure or methodology when it comes to wine prices in Bordeaux. Second, (to the benefit of Bordeaux’s châteaux) we have the mercifully short memories when it comes to (and perhaps assisted by) our favourite beverages.

Blind adoration will ensure that they continue doing whatever they want, and we have no one to blame but ourselves.