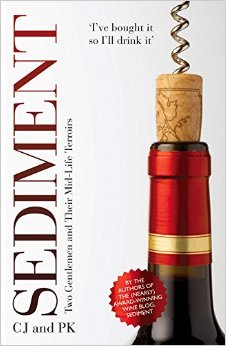 A recent survey from an American consumer watchdog found that books and booze rank among the least desired gifts. It is so bad for booze that it features twice; spirits were the most derided gift, earning 25% of the vote, while wine put in a strong performance with its 6% of the vote. Beer didn’t make the cut. Presumably no one ever gives it as a gift.

I found all of this somewhat baffling. What sort of uncultured ingrate complains about receiving a book? And who among us who is not teetotal ever turned down free booze? But then it dawned on me. These people are not being given a snappy and entertaining read such as F Scotth Fitzgerald, nor are they receiving fine bottles of cru classe claret or single malt whisky. More likely, they’ve been given a hulking copy of The Brothers Karamazov – the literary equivalent of a life prison sentence – or a throat-burning bottle of Bell’s whisky.

Then it occurred to me. Why not combine the two? Books about booze are surely a safer bet? That’s where I find myself with the latest work by CJ and PK, the men behind the Sediment Blog. In Sediment, a book based on a selection of posts that have appeared on the blog, the authors have constructed a how-to guide on buying wine, serving wine, storing wine, drinking wine and thinking about wine.

Up until now, I have bristled at the thought of reading a book that is not only derived from a blog, but based on the posts that have appeared on it. But in this case, it works. This is a book that says all the things about buying and drinking wine that we all have wanted to say but had no true outlet. It is notable for its wit and honesty, and, perhaps most of all, the fact that CJ and PK pull no punches when giving a wine – or a retailer – a dressing down.

On the nature of a wine merchant, PK writes, “The presence of one or two great wines on their shelves establishes benchmarks, of price, good taste, long-standing and industry connections, which enable you to put the rest of their offering into perspective. One of the sure signs of the collapse of Oddbins was the absence of any recognisable wines in their shops.”

On the pros and cons of buying wine in a box, “A single bottle of cheap wine might be considered desperation. An entire box suggests destitution. And ask yourself this. If boxes are so good, how come it’s only cheap wines that are in them?”

These are topics that mainstream wine blogs and wine books rarely broach. But this is the same for any other product; how many automotive blogs review only terrible cars and how many chefs write books that contain only recipes for things that are truly awful? I would hazard a guess that only Giles Coren and AA Gill frequently come close to something similar in their restaurant columns.

After all, how often do you read about a malbec that is described like this? “It was proving a bit hard to get through on account of being incredibly aggressive and full of blood and sweat and heat and dust and flues and volcanic gas, and even though it was only 13.5 per cent, the thing taken as a whole had a kick like a mule and I wasn’t sure how much I could swallow without blacking out. It was like drinking the floor of an abattoir.”

This book might not be for everyone, of course. Teetotallers are unlikely to be impressed, nor the senior executives at Majestic Wine Warehouse, Marks and Spencer and even the newly rejuvenated Oddbins. But for those who navigate the wine aisles at the average supermarket in the hopes of unearthing a bottle that doesn’t resemble nail varnish remover as it passes through the throat, there is comfort to be found in this book.

By Charles Jennings and Paul Keers