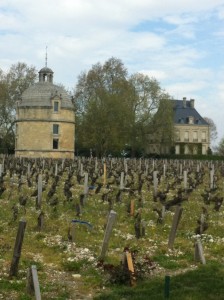 Sometimes we need a little bad weather to remind us why we love it so much when the sun is shining. That old phrase “make hay while the sun is shining” wasn’t coined without reason; when the heavens are unpredictable, it’s important to take advantage of good conditions when they come along.

The problem with this, of course, is that if things are too good for too long, we begin to think that we can expect the good times to carry on. In stock markets this sort of thinking causes bubbles that eventually pop. In Bordeaux it has encouraged the chateaux to ratchet up their prices with each passing year.

Just as the occasional correction does a world of good for stock markets, the same goes for a bad vintage or two in Bordeaux. Following the hefty price rises in 2009 and 2010, wine enthusiasts – both drinkers and investors – had grown weary of the ever-higher prices demanded by chateaux.

What the wine world wanted from Bordeaux during this year’s en primeur season was a significant price cut to reign in prices that many believe have climbed too high and pull the market back to a more sensible level.

While few could fault the chateaux owners for wanting a larger slice of the pie when it came to sales of their own produce, the squeeze that it placed on negociants, merchants, investors and consumers further down the value chain was not only tiresome, but for many it was unbearable.

When 2011 and 2012 proved to be lesser vintages, a sigh of relief could be heard reverberating across the wine trade. The spectre of lower prices was finally upon us, they collectively thought.

Except it didn’t really work out that way. Prices were mostly lower than 2009 and 2010 to reflect the quality of the vintages, but the crucial point is that many were still significantly more expensive than the 2008 vintage. Consumers began to wonder if they were being played for mugs.

Most famously, perhaps, was the case of chateaux Angelus and Pavie, both promoted to the top level of Premier Grand Cru Classé A in St Emilion. While their peers were cutting prices following a less than stellar 2012 vintage, the new anointed chateaux decided a sharp price rise was in order. How sharp? By 30% and 58%, respectively.

You would rightly assume, then, that the two chateaux have made appropriate price cuts this year as some sort of goodwill gesture for their customers. The only problem is that an 8% cut, to €165 from €180, probably didn’t cut it.

As Liv-Ex reported not long after the wines were released, the 2013 wines for both chateaux at their releases prices are more expensive than several that came before them, such as 2007, 2008 and 2011.

A year ago, I conducted a similar experiment and found that not only were Angelus and Pavie asking what many believed to be unreasonably high prices for the 2012 vintage relative to previous years, but a slew of other chateaux were doing the same. The difference, of course, was that Angelus and Pavie were leading the way.

Indeed, we have seen a raft of falling prices this year compared to the 2012 and 2011 vintages. That is a sign of improvement. But anyone who expects to see prices that are lower than 2008 will be sorely disappointed.

For the most part, 2013 has been reported as a mediocre vintage in Bordeaux, although advancements in winemaking and viticulture have made it possible to make a good wine even when conditions are bad. The consensus opinion is that 2013 is not a great vintage and the prices need to reflect that. The fact the wines are less appealing this year than in many other recent years has gone a long way to putting a damper on sales. But if producers are asking for more than better back vintages already on the market, they have only themselves to blame if no one can shift their stock.