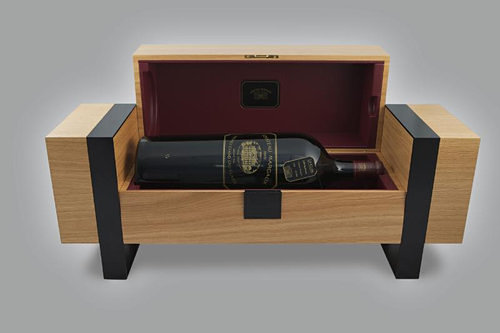 Ever planned a dinner party with a few dozen of your closest friends and lamented the fact you didn’t have a Balthazar of first growth Bordeaux – all 12 litres of it – on hand for the main course? If you’re a Russian oligarch, a Middle Eastern sheikh or a perhaps even well-heeled City of London algo-trader, it’s your lucky day, because Chateau Margaux has helped fill the Balthazar-less void by making three available to buyers.

For the princely sum of £122,000, you can finally buy the Bordeaux first growth’s 2009 vintage in this behemoth of a bottle, the sort so large you need to cradle it like a small child when pouring it – and someone else holding the glass to stop it from tipping over. Of course, buying it won’t be all that easy either. On sale exclusively at Le Clos in Dubai International Airport, it will take a bit of a detour to get there if you aren’t on your way to the UAE already.

Of course, anyone who buys one of these bottles probably won’t mind the extra air miles. The current 12×75 case price for Margaux 2009 is just less than £13,500, while the per-bottle cost of the contents of this Balthazar is a staggering £7,625.

What do you get for nearly 10 times the usual price? Many would say that with exclusivity comes a higher price. Given that it comes in an engraved oak case conjured by the French design agency Partisan du Sens and is raised on steel legs to symbolise the barrels resting in the winery’s cellars, there is little doubt this has been designed as a display piece. It also comes with gold-engraved labels and, to top it all off, the buyer is flown to the vineyard for a tour and a meal.

Normally such a large format bottle would take decades to mature, rendering it more appropriate for your retirement portfolio (if only such things were within pension plan rules) than for near-term drinking. Not that anyone who buys this is likely to drink it anyway (£122,000!).

Yet somehow I see that Russian oligarch or City algo-trader cracking it open on a heavy Saturday night after a few too many mojitos, consuming just half its contents in a living room full of partially dressed people and then consigning the remainder to every batch of spaghetti bolognese for the next three months.

But all of this ignores one fact that has been niggling away ever since I first read about these Balthazars. As a wine shop housed in an airport terminal, just who is going to pass by and decide, while in transit, that they need to buy it? Offering this at a retail store in London’s Mayfair district or on Fifth Avenue in New York is one thing, but an airport terminal?

When going on holiday, we all like to splash out a little: a bigger hotel room, a nicer rental car and maybe the third cheapest wine on the menu rather than the second cheapest. But my sensibilities stop me throwing money at fine wine in an airport shop if I know the price is exorbitant.

Not long ago while I was passing through Sydney, the man at the airport wine shop told me they sell Penfold’s Grange for double its usual retail price and they have no shortage of buyers. During a more recent visit to Heathrow Terminal 3, I stumbled upon bottles of Chateau Pichon Longueville 2004 selling for £195 – at least what you would pay at a normal UK merchant. It appears airport wine merchants exist in a universe unto themselves.

Of course, those wines are relative chump change that even I could afford on a one-off basis, whereas a Balthazar of Margaux is another matter entirely. Anyone who can afford £122,000 for 12 litres of wine is unlikely to be the sort of person who worries about where the occasional hundred-grand disappears, whether it is an impromptu flight to Fiji on a chartered 747 or a night out in a Mayfair night club buying bottles of Cristal for all the women in the bar.

The people who buy these things rarely match the retail price with the item’s value. It just goes to show, a fool and his money are easily parted.