Who wants to buy a vineyard? 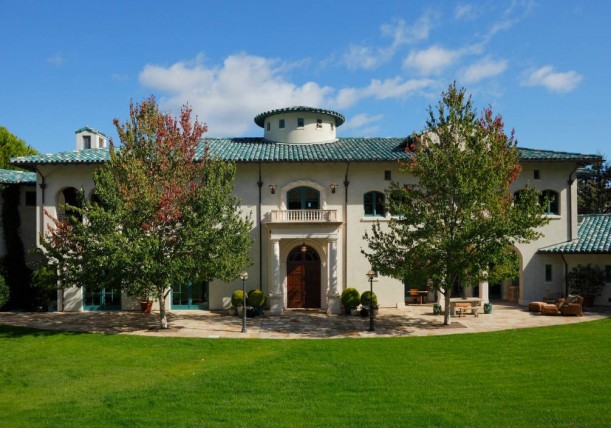 A celebrity has stolen the headlines this week in the drinks trade with Decanter, The Drinks Business and various others all reporting on Robin Williams selling his Napa Valley estate complete with vineyards.  Oh, and the Daily Mail (whose headline ‘Cork and Mindy’ must have taken them decades to think of... seriously?!)

If you are interested in purchasing Williams’ estate for a cool US$35million, I don’t know what you are doing reading this blog.  You ought to be out on your yacht, drinking Krug Clos de Mesnil from a crystal slipper while stroking your gold cat and laughing in a maniacal way for no reason.  As for me, I expressed a passing interest in the temperature controlled cellar, tennis courts, cinema, and 65 foot pool, but I was put off by the 12 bathrooms but only 5 bedrooms – I can’t expect my guests to sleep in bathrooms can I?

It isn’t clear why Williams is selling the estate – he doesn’t actually make his own wine there though, selling the grapes instead to Robert Craig for his Mount Verdeer Cabernet, a wine that Parker has scored in the high 90s. Perhaps Williams just fancies a change.  Or maybe his heart just wasn’t in viticulture and vinification, since the pool and the cinema and abundant bathrooms were just too hard to resist.  It is hard to imagine he tended the grapes himself.   We’ve blogged more than once about celebrity wines on 12×75.com, and we know they are a mixed bag.  But maybe the fundamental problem is that the best wines are made by winemakers who devote their lives to their profession – inevitably they will not be made by those who think having a vineyard is just another string to one’s bow once they already have a clothing line, a fragrance and a singing career.  In fact Geordie Clark mentioned it only a few weeks ago on this very blog, so I won’t go on about it.

But before you start feeling deflated, there is one celebrity who is taking their blossoming winemaking career a little more seriously than just buying a vineyard.  The Sun reported in March that Lady Gaga has been shopping for a winery – and evidently she sees it as more of a ‘business investment’ for when her pop career ends.  It is good to know that she is not intending to go on performing forever like Madonna, but perhaps less encouraging that she thinks it will be an effortless transition from dressing as a giant egg at awards ceremonies to grappling with hand harvesting and malo-lactic fermentation.  (PS, The Sun… ‘Lady Gaga was born this Chardonnay’… Seriously?!) 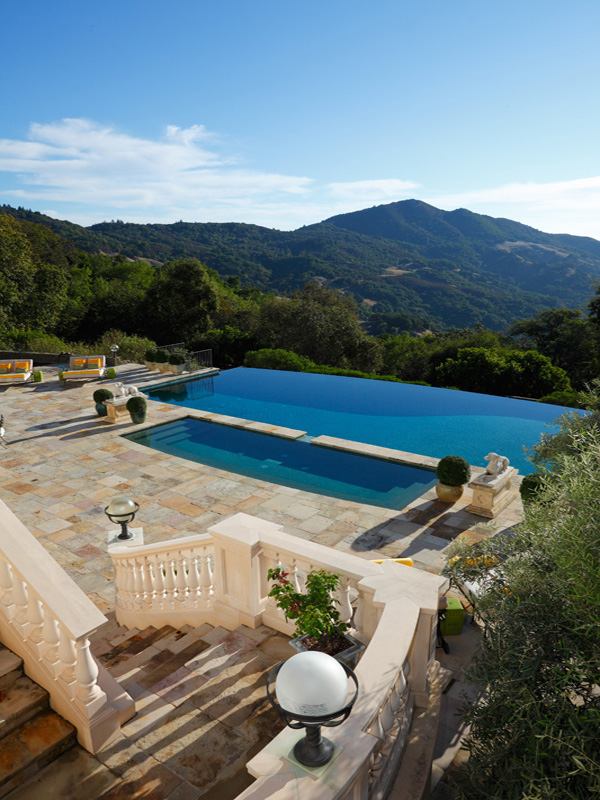 I don’t know what will happen to the Williams estate.  No doubt Robert Craig will be hoping that a suitable celebrity will take over – maybe Gaga, maybe Lindsay Lohan, maybe Paris Hilton, who knows.  When I began writing this blog I was going to suggest that some of us club together and buy it ourselves – say if 35000 of us contributed £1000 each…. but did I want to live in the estate with 34,999 other people, with only 11 bathrooms?  It was never going to work for me.  And anyway, I’d want to take all the credit since it was my idea.  So l let go of my dream, but bought a EuroMillions ticket just in case.

If you would like to enquire about buying the Williams estate, you can do so here .  Have a look at the picture gallery.  The goats are not included evidently, I already checked.  And if you need me, I am available to relocate at short notice, and while I am not a winemaker yet, I guarantee I know far more about malo-lactic fermentation than Lady Gaga does….