Should we take celebrity wines seriously? 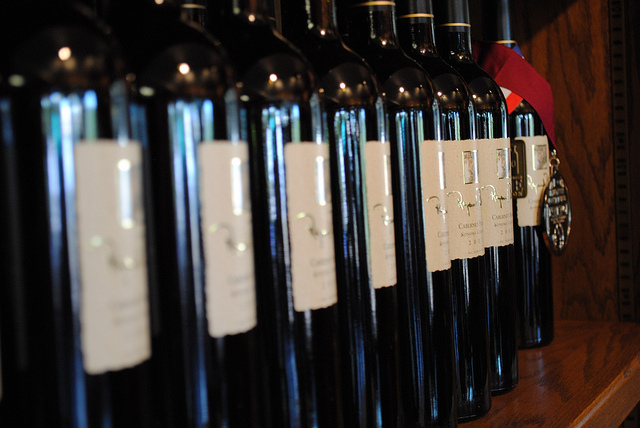 What do Mario Andretti, Ernie Els and Raymond Burr have in common?

Very little in fact – except for wine. They are among the legion of celebrities who have either bought or built their own vineyards, or teamed up with an existing producer to market their own wine.

Reading the pages of Decanter each month, it seems celebrity wine brands are everywhere. It used to be just Francis Ford Coppola and a few others. But not any more. Wikipedia even has an entry on the topic, listing more than 70 known celebrity wine ventures.

Given the fact a celebrity’s name is enough to sell everything from salad dressing to perfume, sticking a famous face on a wine label can’t hurt a vineyard’s chances. If consumers can be tempted by a furry critter on the label, why not one endowed with Drew Barrymore’s name?

And considering there are deep wine lakes in Australia, California, France and Italy to drain, a little help from a celeb or two to shift a few cases certainly can’t hurt.

But are these wines any good? This thought was popped in my head when I recently read news of yet more wine being sold under retired pro golfer Jack Nicklaus’s name. Then when I was in my local merchant, spotted a bottle of Ernie Els’s wine on the top shelf.

The thing is, I am not normally tempted to buy celebrity wines because I have a difficult time believing there is any genuine quality behind them.

Such statements have no basis in logic or fact, of course. And if I said I’d never consumed a celebrity wine, I’d be lying. During a holiday in California several years ago I visited Raymond Burr Vineyards in Dry Creek simply because I was passing by.

I remember very little of the Chardonnay I bought and drank that day with my father in our Santa Rosa, California, motel room. This was before I started writing tasting notes, but I recall it being loaded with tropical fruits and on par with other well-made wines for the price.

On that same trip I also visited the Fess Parker vineyard in Santa Barbara County, California. Who could resist going to the vineyard that was known as “Frass Canyon” in the film Sideways and described as a “joke” by the protagonist, Miles?

While the Davy Crockett memorabilia in the tasting room always warrants a giggle, the fact Fess Parker’s wines have earned scores of 90 points and more from Robert Parker and others gives it some credibility.

I drank a lot of wine at Fess Parker’s tasting room that day. But what I remember of the individual wines, however, vanished long ago. I remember coonskin hats, a lot of banter and somehow scamming more than my fair share of samples from the man behind the counter. I also remember my father cutting me off, saying we had to find lunch – pronto – and whisking me to Anderson’s Pea Soup in Buellton, where I ate what was quite possibly the largest sandwich I have ever seen.

Returning back to my original point, though, I can’t profess to know anything about all the other celebrity wines out there. But if a critique I read of Drew Barrymore’s wine is anything to go by, I am likely to steer clear until critical praise instructs me otherwise.

The critique from Edward Deitch, of Vint-ed.com, said Barrymore’s wine was “good, if not great – a solid ‘B’ so to speak – which may nonetheless be good enough for many star-struck Americans lured by the Barrymore name and willing to pay a premium for it.”

He added, “It’s certainly drinkable, but I have enjoyed other pinot grigios more – for less.”

You see, Drew decided there was no sense owning a vineyard in her home country, or hiring her own staff, or even trying to make the wine herself. No, she decided to do something unconventional, crazy, completely out there and market a…a pinot grigio?

Not a Greco. Not a cortese, or even an arneis or verdicchio. No, it had to be a pinot grigio.

Based on that, I am reluctant to pay over the odds for something pushed by celeb known for anything other than her knowledge of malolactic fermentation or carbonic maceration.