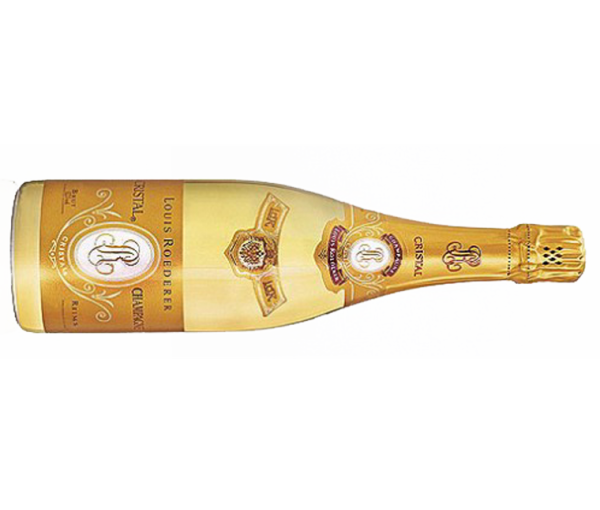 We love writing about champagne, even dedicating hours to writing about the best champagne bottles we’ve tried this year. So get your champagne flutes ready, and check out our guide to Cristal Champagne.

Louis Roederer company was established in 1776. At the time, it was known as Dubois Pere & Fils but was later renamed to the current name after he inherited the company from his uncle in 1833. The success of the company was crucial to him who began targeting foreign markets as early as then. The Russians were particularly fascinated by the Roederer Champagne. However, the unrest in Russia made it unsafe for Alexander II Russia’s emperor to enjoy the wine; he feared assassination.

As a result, he requested this famous wine making company to make special prestige cuvee packaged in crystal clear bottles instead of ordinary glass for his Three Emperors Dinner. The idea was to prevent his enemies from hiding bombs beneath the bottles as it was possible with the previous dark green indented bottles. It was then that the name Cristal was formed. Louis Roederer asked a Flemish glassmaker to make Champagne bottles made of lead glass with flat bottoms. While the Champagne was introduced in 1876, it only became commercially available in 1945.

Apart from the use of crystal clear bottles, Louis spent a lot of time developing a unique character and taste for the wine. It was this quest to produce the best wine in the region that caused Louis to acquire some vineyards from Champagne Grande Cru. This approach was rather different from trading practices at the time because most other winemaking companies preferred buying grapes. Louis understood that, if he could nurture his vineyards, then it was easy to produce wine with the desired taste, character and style. He believed that the quality of the soil greatly affected the quality of wine produced. This gave him an edge over other wine houses as the flagship Champagne dominated foreign markets in the United States and Russia in the 1870s. Today, the winemaking plant sits on a 240-hectare piece of land providing two-thirds of the grapes required for production. The remaining one-third of the grapes are purchased from established farms.

The 1920s saw Leon Olry-Roederer, Luois’s heir introduce, Brut Premier, a highly balanced wine that comprised of a mixture of several vintages; 20% of Pinot Meunier, 40 % of Pinot Noir and 40% of Chardonnay. It was this wine that contributed to the rebirth of the house of Louis Roederer House. Louis died in 1933, leaving the management of the winery to his widow Camille. Her grandson, Jean-Claude Rouzaud, then took over the management of the estate. The company remains a family-owned business passed on from one generation to another and reports total exports of up to three million bottles around the world every year. 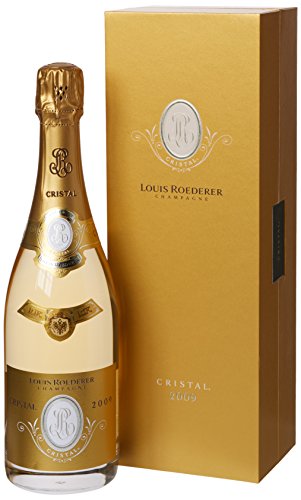 It was produced after the First World War that destroyed more than half of the estate. At this time, Leon OlryRoederer was in charge and was left with the difficult task of reconstructing the vineyards. Since the reconstruction process would take a long time, Leon decided to buy grapes to ensure continuity of the winemaking process. It was during this period that the Brut Premier, which was a multi-vintage blend of other wines; Pinot Noir, Pinot Meunier and Chardonnay, was produced.

Brut is made of wine that has been matured in oak tuns from three Champagne grape varieties. The wine is aged for three years in cellars and another six months after disgorging. It is this winemaking process that gives the Brut Premier its characteristic balance of an aged and youthful taste. The wine also features the round and complex structure common in most vintage wines made by the company.

The wine is a blend of 20% Pinot Meunier, 40% Pinot Noir and 40% Chardonnay. The three types of grapes are picked from forty different plots to create its unique taste and scent. During the production process of the Carte Blanche, 5% of the wine is matured with lees stirring while 10% of reserve wines go through partial malolactic fermentation. It is stored in a cellar for three years and rested for another six months after disgorging to enhance maturity. This prolonged maturation creates the roundness and complexity found in Louis Roederer champagne.

Carte Blanche has a golden colour with shiny reflections and a sweet, ripe fruit scent. When poured in a glass, it creates a consistent stream of bubbles and delivers intense floral notes with warm hues. A sip of the wine greets you with a rich, creamy taste without the characteristic heaviness of buttery wine. Its sweetness and warmth flows to the palate but finishes off with crystallised citrus notes that enhance its freshness while balancing out Carte Blanche’s volume. It makes a great addition to your dessert. 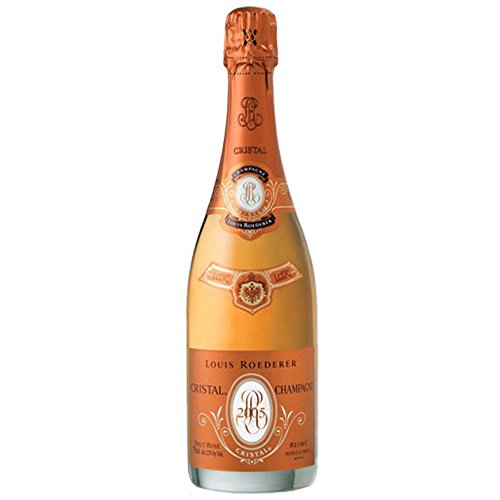 To attain the perfect taste for the rose vintage, Louis used extremely ripe grapes during the winemaking process. However, since it was difficult to obtain such grapes in the Champagne climate, Louis invested in the Cumieres Champagne Crus villages that had clay and limestone soils that helped hasten the maturity of the grapes. Rose vintage wine has a blend of 35% Chardonnay, 65% Pinot Noir and the remaining 20% is obtained from matured oak tuns. The wine is mature for four years and another six months after disgorging to attain the required maturity.

The rose vintage has a golden, light pink colour and when poured out, it produces a stream of delicate bubbles. It has a smell of red fruits, dried flowers and cocoa. The fruity smell creates a floral taste of the palate, creating a sensation of tangy freshness and richness. The rose vintage makes a great accompaniment for fish like salmon, meats such as veal, lamb, guinea fowl as well as soft cheeses like Brillat-Savarin and Chaource. You can also pair it with red fruit desserts like red fruit gratin and red fruit zabaglione.

The Blanc de Blancs Vintage was produced after Louis obtained extensive knowledge about plot-by-plot vinification and terroirs. The wine is made of 100% Chardonnay obtained from grapes harvested from the Avize and Mesnil-sur-Oger estates. Grapes obtained from these two estates are known to deliver the exceptional characteristics and complementarity that enables the wine maker to produce highly aromatic Blanc de Blancs Vintage wine with is taut and fully mature. This wine curve is matured for five years and six months after disgorging.

The attack is 100% Charonnay as it delivers a smooth delicate and sweet taste. It has floral, dried fruit notes blended with a chalky acidity of the Cote des Blancs. Blanc de Blancs Vintage has a smooth, sugared almond texture that is strengthened by soft effervescence that fills the mouth. It finishes off with a tinge of freshness that has a minty, finesse impression.

As earlier highlighted, this prestige curve was created in 1876 on request by Tsar Alexander II who pointed out that the design of the normal champagne bottle made its colour and effervescence invisible to the eye. Alexander wanted the wine packed in crystal clear glass and a flat bottom, and that was how the drink was born. The bottles remain unchanged and are now known worldwide. Louis Roederer Cristal is far from meeting this international demand as there is a limited production of the wine.

The original version of Louis Roederer Cristal champagne contains 60% of Pinot Noir and 40% Chardonnay grapes, which are matured for six years and left for another eight months after disgorging. This maturation process delivers a balanced and more refined taste than previous wines. On the mouth, it feels silky with a fruity scent and finishes off with a powerful mineral quality that has citrus notes. The best thing about Cristal champagne is that it retains freshness and character even after twenty years of conservation. The House has produced a variety of other champagne bottles over the years each adding a twist to the original taste. 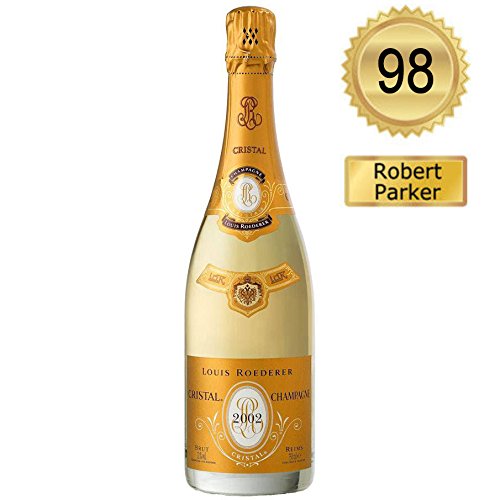 The champagne has fresh, floral notes of mint, pears, spices and minerals. It contains 40% of Chardonnay and 60% Pinot Noir and an additional 10 grams of dosage. Twenty per cent of the wine is fermented in oak, giving it a notable clarity with fruity depth characteristic of this vintage. 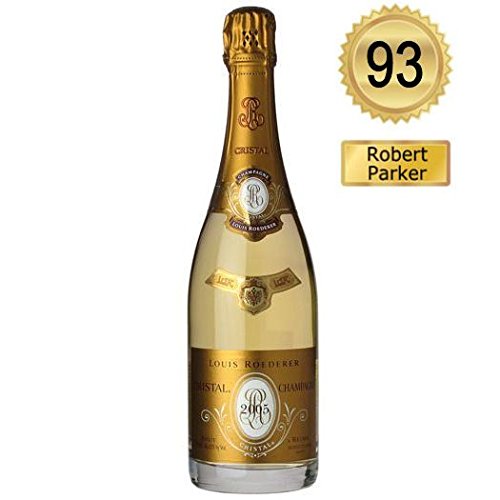 The 2005 vintage is unique from other Louis roederercristal champagne vintages due to the distinct Chardonnay character and aromatic openness. It produces a steady cream flow of bubbles. The 2005 version has an intensely rich, ripe bouquet, which is a result of juicy yellow fruits (peaches), citrus fruits like mandarin oranges and white fruits like apples. Chardonnay notes appear a few minutes after and are reminiscent of dried fruit, and buttery caramel hints that mimic vanilla-like pastries. On the mouth, it feels well-rounded, smooth and juicy with a citrus stretch to produce a pure and graceful impression. It finishes off with a tight, delicious, sweet taste that lingers for a few minutes. The 2005 grapes produced the memorable wines that combined long-lasting quality, consistency and elegance. Experts claim that the 2005 version is reminiscent of Burgundy wines. 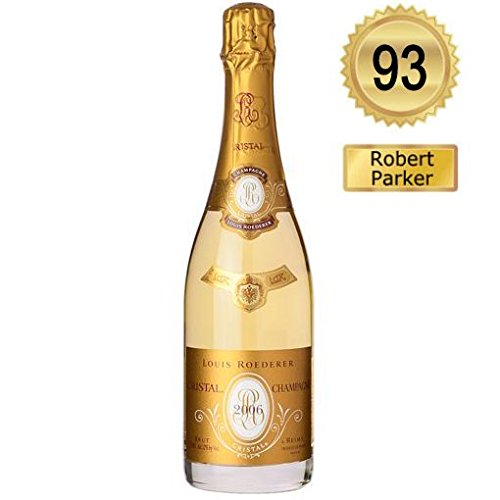 The 2005 blends 55% of Pinot Noir and 45% of Chardonnay. It has an attractive glistening colour that has amber highlights, which shows a year of fine ripened grapes. On the mouth, it feels soft, well-rounded with a complex blend of fruits. The texture is concentrated, creating the illusion of a ripe, juicy fruit. On the palate, it produces the depth of a juicy, silky fruit and transition to a pure, graceful freshness. The taste then feels light, soft and delicate as it finishes off with warm, citrus notes. This rapid change of flavours leaves a long lasting impression of freshness, scents and slight bitterness to create a rounded, complex taste of the 2005 wine. Some people liken the 2005 wine to chewing ripe grapes from Verzenay and Ay. 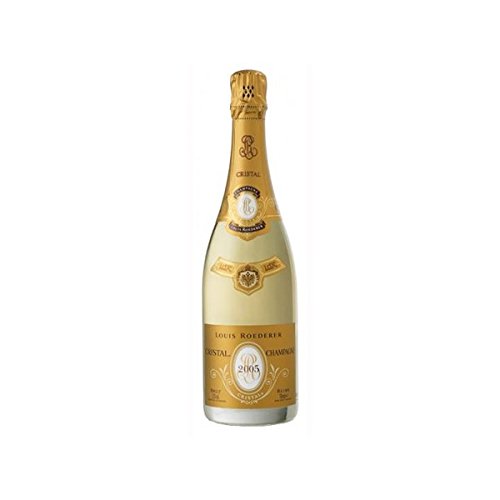 It is the most deeply flavoured wine, having been made in a year when Chardonnay had flourished well. As a result, the 2007 blend features a wonderful purity that reminds you of the fine blanc de blanc wine. In the mouth, it has a taste of nougat with white chocolate hints and those of citrus. On the palate, it feels pure with small hints of red berries and finishes off with bold characters of apple, lemon and pear.

The wine is ranked among the most expensive wines in the industry. This is because it is often associated with royalty, luxury and class. Its historical relevance also accords it the high price as it was created for a royal court in Russia during the reign of Tsar Alexander II. Louis Roederer Cristal Rose of 2007 is perhaps the most expensive, ranging at a price of $550.

The wine attracted tremendous attention from the hip hop culture with artists like 50 Cent, Jay-Z, R Kelly and The Notorious B.I.G, among others, singing about it in their lyrics. They called it Crissy. Other artists like Tupac Shakur invented a cocktail referred to as Thug Passion, which was a blend of Crissy and Alize Gold Passion. The growing interest of this drink in the pop culture, however, changed after the then director of the Company mentioned that the wine was made for wine enthusiasts and not clubbing. The statement caused a stir among pop fans with the likes of Jay-Z vowing not to drink or promote the drink in his clubs.