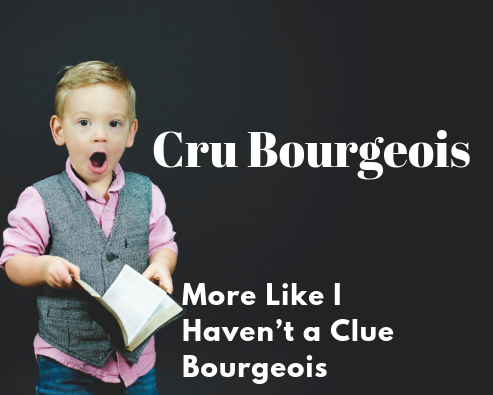 Written By An Anonymous Wine Insider (for obvious reasons)

Hierarchy within the wine world seems to be a peculiarly French obsession.  Official designations of which wine is better are to France what beer and Oompah bands are to the Germans, what tea, biscuits and passive aggression are to the British and what overeating and high school massacres are to the Yanks – they simply can’t get enough of it.

I find it odd that labelling some wines as intrinsically superior to others, as though it is an objectively verifiable quality, is such a part of France’s history and present.  It’s such a left-wing country (indeed, the very term ‘Left-Wing’ comes from the old French parliament) its famous motto is “liberté, égalité, fraternité”.  Unless it’s wine, then we need strict rules to make everything that much more fun.

This was exemplified at the (somewhat protracted and confusing) recent Cru Bourgeois press conference.  Frédérique de Lamothe spent a little over an hour explaining how the new Cru Bourgeois system is to be employed.  As a little background, in case you didn’t know, the Cru Bourgeois was introduced in 1932 as a listing of the Bordelais that had been missed off the 1855 classification. Originally, it was 444 Chateaux, but this was reduced to 247 in the revision at the start of this century. They’ve been faffing about with it since, but now they’ve cracked it, apparently.

In the words of Alan Partridge, “two questions – how and why?”

The ‘why’ is because;

With the exception of demand from the members, I really can’t see how it will achieve any of these. If you can find me one consumer who really wanted to see (yet another) revision of the Cru Bourgeois system I will give you £1000*.  I could be wrong, of course, so I will explain the ‘how’ for you to make up your own mind.

I will simplify a little here, but basically, all the Chateaux that wanted to be included needed to have submitted their application report and samples before the end of September 2018.  The accreditation will come into play in 2020 and will be valid for five years, starting from the 2018 vintage.  They will need to have submitted five different vintages for blind tasting from 2008-2016 (their choice which), which will form part of the accreditation process. Once approved, each of the wines they release from 2018-2022 can have ‘Cru Bourgeois’ on the label along with an accreditation sticker and QR code to go around the neck of the bottle. Applications will happen every five years, so the next one will be for 2025, and will apply to the 2023-2027 vintages. Every vintage produced will have to be submitted for approval, and if not up to standard will be excluded from that year’s labelling privilidges.

There will be the three tiers of:

Those who pass the first tier of regulations, and the blind tasting with the highest scores, will be allowed to apply for the second and third, which will require them to submit a further application by the end of January 2019.  In this report, they must include; details of their agricultural practice and sustainability; tech specs on the management of the property; details on the promotion and sale of the wines and Cru Bourgeois in general.  A score will be given by a jury and then the tier allocated as appropriate.

There are some real positives in there.  I like the way that they have an emphasis on environmental concerns and sustainability – we need more of this in the wine trade.  I also like the details on the promotion and marketing – it is not enough to produce wine and then bizarrely expect a public to be duty bound to buy it. The wine trade is light years behind other categories, particularly spirits, in terms of marketing, so good on them.

There are also some concerns: 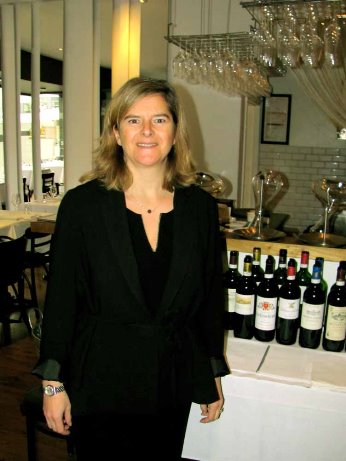 They’ve tried to restructure it before, several times, and it hasn’t worked.  It hasn’t gone so well on the right bank when they tried their version, either, so the track record isn’t great.

“anyone can be a judge who is qualified, but they must be available to come to Bordeaux”.

Immediately, I’m suspicious that this will just end up being another Bordeaux circle-wank. If history has taught us anything, it should be that the Bordelais aren’t terribly good at regulating themselves, nor of being terribly aware of the outside world.

One of my favourite lines in the whole spectacle was when asked how transparent the application process would be.  Apparently,

“it is transparent, but it is also confidential”.

My biggest reservation about the whole thing had to come from right at the start.  I’ll preface here by saying that I’ve only worked in the trade for about a decade, and as such was easily the least experienced and qualified person in the room.  There were several MWs and some extremely esteemed writers.  We were told to ask any questions as we go through because “it is a bit complex”.  Really?

If it takes over an hour to explain, with untold questions, to an audience (myself excluded) of true wine experts, how in the name of Bacchus is this going to be beneficial to the end consumer in terms of simplification?  For Joe Public, ‘Cru Bourgeois’ means absolutely bugger all. For real Bordeaux fans, they will already be reading Stephen Brook/Purple Pages/Wine Advocate, so it seems irrelevant, and for those in the middle, surely they’ll be buying whatever Majestic has on offer?

We shall see.  They claim to have a ‘strong marketing plan’, with an early focus on trade and press, then on consumers where they will be using ‘social media’.  I’ve yet to see any real impact on social media, but time will tell.  I remain unconvinced about it all, but hopeful that I be proven wrong.

I will state that the 2016s were consistently pretty good and all of them seemed to offer fairly decent value for money.  If there are going to be even more stringent tasting tests going forward then this can only improve (providing the avaricious toe-rags don’t use this as excuse to ramp up prices, again). Maybe the Cru Bourgeois labels will mean something after all.