Can we cut corners with oak-ageing? 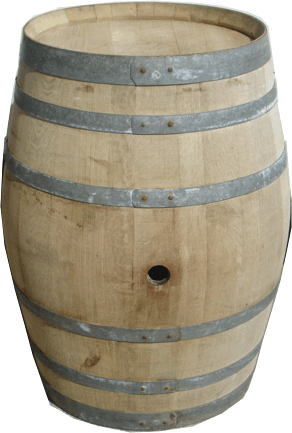 Andrew Jefford wrote about oak-ageing this week in his Decanter blog entitled Tree Time. New French oak is extraordinarily expensive and Jefford wonders whether it is always worth it. At the other end of the spectrum, we have new world producers using oak chips (even worse than it sounds, trust me) to give their cheap wines an oak flavour without actually having to age them in barrels.

Enjoying my whiskey I am no stranger to Scottish single malts aged in barrels that have already been used – Bourbon barrels are the cheapest (Bourbon, unlike Scotch, is usually aged in new oak barrels). The Scotch whisky is then often ‘finished’ in a different kind of barrel – Sherry barrels are popular as they impart a lovely rich taste, but more recently we’ve seen Port barrels become popular and even Havana rum.

I wondered if it might be possible for wine producers to use a similar kind of initiative to find some sort of a compromise between the crapness of oak chips and the expenditure of new French oak. Was there some way to harness the flavour of oak without spending a fortune? No one seemed to know the answer so I decided to come up with some ideas of my own.

1. Furniture laundering: reclaiming oak furniture, sanding it down to remove any spray polish
residue, and chucking it into the fermentation vats. While I liked the innovative ‘shabby
chic’ notion of sanding down antiques so they can be re-used, I’m not sure that oak furniture
is that much cheaper than new French oak barrels. Probably I ought to have researched
this….

2. Making wine bottles out of wood instead of glass: This would mean we could skip out the
entire oak ageing step of the wine making process, the wine would go straight into bottle
and do it’s oak ageing there. Of course I understand that making bottles out of new French
oak might be quite expensive, but think how much we would save on glass! (note to self:
further research needed.)

3. The addition of twigs to the wine before the cork is inserted:
Oak sticks are a popular alternative to oak chips, why not take this a step further? A twig
from a mighty oak is inserted into the bottle before it is sealed, so it can have contact with
the oak and age in bottle. Obviously the bigger the twig, the more oaky your wine will
become. (Seriously, why has no one thought of this before? Note to self: I am clever.)

At this point I got a bit side-tracked and carried away taking my third idea a step too far and attempting to make my own Petrus using only a tasting note from Parker’s guide to Bordeaux and things that could be found in my kitchen and garden. It didn’t work. Note to self: Don’t do this again.

I think Jefford’s point is absolutely right though – we often think wines are too oak-heavy but have you ever heard anyone say ‘this needs more oak’? I don’t think I have. So maybe we don’t need to cut any corners – there is no substitute for a large barrel and a skilled winemaker when it comes to achieving the ‘noble oxidation’ that Jefford refers to.

With this in mind, I laid my French oak substitute plans to rest and retreated back to my original plan of making a champagne/whisky hybrid and selling it to celebrities as ‘Cristal and Courvoisier – together at last!’

The research goes on….