Something fishy is going on… 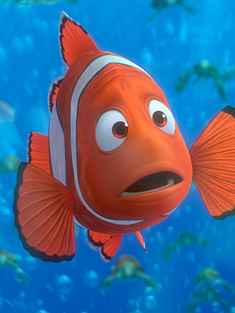 I’ve been following this story about 200 bottles of Champagne that were found in a shipwreck at the bottom of the sea just off the coast of Finland in 2010.  Remarkably, the bottles that have been uncorked have tasted rather magnificent – amazing really when you consider their estimated age (they were thought to be from 1829-1830).  Even more remarkably, I learned that this is not the first time a massive volume of Champers has been found in the sea.  In 2004, several thousand bottles were found in the English Channel, in a 50 year old wreck.  Commenting on the taste, Decanter’s Suzie Barrie had described them as ‘pongy but good’ and it seems that despite their fishy aroma they were in pretty good nick.  I briefly contemplated taking up scuba diving as it seems to be a good source of inexpensive fine wines.  But then I started to wonder, why do we spend so much on fine wine cellaring when it seems there is a cheaper alternative that apparently covers two thirds of the earth’s surface?

I went in search of evidence to support the idea that we should age fine wines in the sea and found this experiment wherein two identical barrels of wine were aged for the same period of time, one in the usual manner, and the other one in the sea.  The three protagonists who came up with the experiment, a vineyard manager, a barrel maker and an oyster farmer, all agreed that the bottle aged at sea was significantly better.  The experiment is still going on, and wine from the two barrels will be tasted periodically over the years to see how each one improves or declines.

What possible explanation could there be for wines tasting better after a spell under the sea?  Various theories have emerged over the years; I like to think there is a team of friendly lobsters that protect the wines as they slumber, but I have yet to find anyone who agrees with me.  But more than likely, it is because the sea has absolutely everything that wines love in order for them to mature perfectly and slowly over time.  Absence of light?  It’s pretty dark at the bottom of the sea, I should think.  No changes in temperature?  Again, I would imagine that the temperature of the sea doesn’t change a great deal at the bottom.  Absence of harmful vibrations?  Again, not a great deal happening at the bottom of the sea to disturb their peace.  And then there’s the security – even if I got all my scuba gear and embarked on a mission to find Champagne in the sea, the sea is pretty big and deep and chances are I wouldn’t stumble upon any wine – much more likely I’d get eaten by a shark or a giant squid or some sort of other terrifying sea beast.  Although ironically, they would almost certainly leave the wine alone.

I feel like we ought to make more of our greatest natural resource as it seems to offer the optimal conditions for cellaring wine.  But as logistical nightmares go, it has potential to go quite wrong.  Just because all the wine that has been accidentally or experimentally matured at sea has tasted good so far does not necessarily mean that we should go ahead and throw the contents of Corsham Cellars into the Atlantic, and turn the empty cellar into some sort of underground skate park.  Because something is nagging me.  It’s that ‘fishy aroma’ comment from Suzie Barrie.  There is a sort of politeness involved when criticising wines that have been recovered from the sea – it has taken a great deal of effort to retrieve them, they are very special, and it is a rare treat to get to try them.  It would be terribly impolite to say that they actually tasted quite horrible.  But despite the politeness, there was still a mention of fishiness.  I’m not sure I would want my wines to taste ‘quite nice but not entirely unfishy’ for the rest of my life.

Additionally one of the chaps that did the experiment with the two barrels observed that the Romans added a little salt water to their wines, as if to explain why their submerged barrel tasted better.  Again, I couldn’t help thinking, there is probably a reason why the Romans or whoever came next decided at some point to stop adding salt water to their wines, and it was probably because it was making them taste rather fishy.  And should we believe these fellows anyway? One of them is an oyster farmer and the other two are friends with an oyster farmer – chances are their palates are somewhat biased towards slightly fishy tastes.

With this in mind, I went and retrieved the bottle that I was intending to submerge in my water feature for the winter, and instead just opened it.  But I’m going to keep one eye on future developments – Corsham Cellars are allegedly operating at full capacity, so how long before we find out collectors are being offered the option of ageing their wines under the sea, for a substantial premium?  Watch this space….