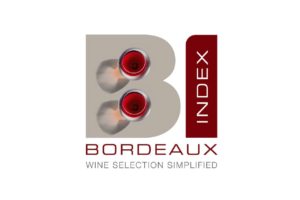 HONG KONG MARKET INSIGHT- The end of En Primeur signaled a slowdown in the fine wine market in HK. But this was nothing unusual, August is traditionally the slowest month of the year, with the French all hitting the beaches and shutting up shop and the rest of the trade doing likewise. September was forecast to be a strong month with the Mid Autumn festival on the calendar and we saw a pickup in business but not the huge surge witnessed last year. Instead as European economies spluttered and stock markets faltered, there was a hesitancy to dive in and fully replenish stock reserves.

The festival came and went and prices softened a little which prompted renewed activity. We saw particular interest in Lafite, DRC and most especially large format bottles. Collections of 2000 double magnums and Imperials flew out of the door with demand for Mouton 2000 large formats at record highs. As stocks in China funnel through to end clients and business picks up again, so the volumes start to creep up. No-one can afford to sit on the sidelines when there are deals to be made! The action at last weekend auction was also promising and already parcels of DRC and first growths have been sold at the start of this week.  Prices may have retreated a little but that’s understandable. Wine prices are not immune to the wider economic picture

The trend for value now seems to have truly taken off. We have seen numerous requests for off vintages of Pichons, Ducru, Las Cases and Montrose amongst others. It hasn’t taken too long for mainland consumers to work out there’s more to life than Lafite…and on that note we see Burgundy beginning to take off. Still, all the drinkers need not panic just yet, I think the complicated network of growers and wines will mean it’s a tough transition from the relative safety of Bordeaux. What’s more, you simply cannot get the quantity to make investing interesting, so Bordeaux will always be in the thick of the action.

12×75.com appreciates Doug for taking the time out to pen down a report for our readers. 12×75.com are big fans of Doug !! Doug  Rumsam is the Managing Director of Bordeaux Index in Hong Kong