If we are to believe that the Far East’s love affair with First Growths has, at least for now, come to an end, then we can understand the speculation of what country will be the next Hong Kong.  Russia has been on the fine wine investment radar for years, but has not had the profile of China or Hong Kong.  So you might have read recently that India is on course to drop its tax on fine wine importation, which is how the Far East’s fine wine boom began.  Exciting times, potentially. 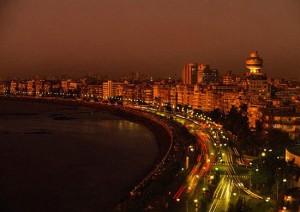 Certainly, India is in a position where you might expect a surge of interest in fine wine.  People are becoming wealthier and its market is becoming more international.  However, the import taxes on fine wine remain so high that India rarely troubles the fine wine market.  It is widely thought that India’s government will reduce the import duty on wines and spirits from 150% to 50% – and the decision is only days away.

Any change to the import tax could make a huge difference to India’s relationship with fine wine – we could see a genuine explosion onto the scene like we did in Hong Kong.  But will it happen?

We don’t think so.

Here’s why it won’t happen.  While India’s market has become a lot more international, this is a country with a good deal of fledgling industries to protect.  It’s own wine industry, while not visible on the international scene, has gained credibility within the country as producers have honed their skills, becoming better winemakers as they experiment with finding the right grapes to suit its climate.  This is not a climate that will make wines to rival Bordeaux, but like every other winemaking country, producers are developing their own style which is improving all the time.

Perhaps not enough is made of how important it is for India to protect its own industries.  Let’s take a look at the whisky industry – Its own malt whisky Amrut has performed well at tastings internationally and is often seen on the shelves of UK whisky shops (usually alongside Japan’s rather brilliant malts, and those from New Zealand, hidden behind some 400+ varieties of single malt from Scotland.) Variety is nice – but there is a reason why we devote most of our shelf space to Scotch in this country.  Because we are proud of our products; we like them, we want to sell them to tourists and drink them ourselves, and we want to make sure that our noble whisky industry continues to thrive.  It is a difficult industry and distilleries seem to cease production with alarming regularity.  Do the Indians really want to introduce rival products into the market when their industries are so young and just taking off?

As for wine, India’s government has says it will shield low end wine producers from duty cuts in the proposed FTA agreement so really it is the high end that would be most affected by the change.  It is thought that wines like Chardonnay would do well, as India’s climate doesn’t suit the grape.  But the threat remains – India’s wine producers have strong links to the local farmers and a lot is at stake.  With this proposal not looking in any way to be ‘a sure thing’, it seems like it might be a step too far at the present time.

The other thing to mention is that although India is being touted as the next big market for fine wine, let us not forget that people in Hong Kong are not buying wine to stow it away – they are buying it to drink.  What do we know about India’s drinking habits?  Well, even though their wine industry has come a long way in recent years, research shows India is not drinking more wine – quite the opposite.  Consumption per adult is approximately 0.01 litres a year, reflecting a lot of non-drinkers.  The FT also reports that comparatively small countries like Sri Lanka and the Maldives actually import more wine than India.  And the final nail in the coffin – India’s producers are already making more wine than the country is drinking. If we are expecting India to be the source of the next fine wine boom, we may well be looking in the wrong place entirely.

So watch this space.