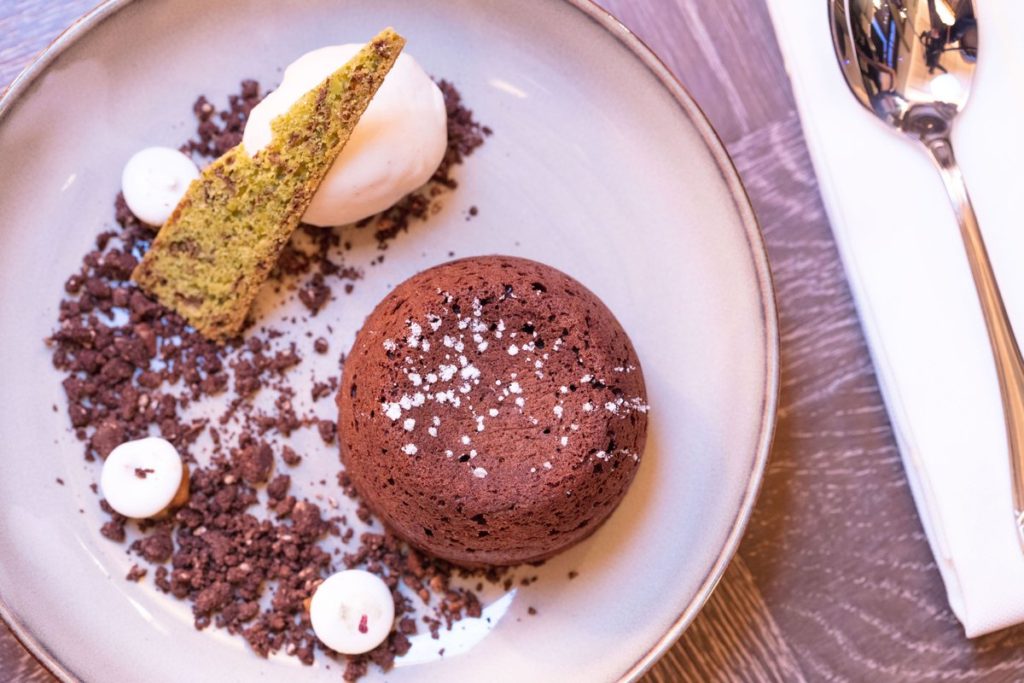 It took a while for me and Mrs 12×75 to go down and try the food at Jamavar. Too many of our friends had beaten us to the punch and had eaten there at least once already. And annoyingly enough, the reviews were very mixed. People either loved the restaurant or hated it….. Now we were even more curious. 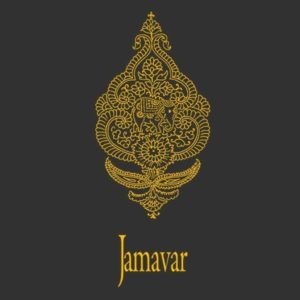 As British Indians, going to an Indian restaurant happens with a little bit of bias. Naturally  we can’t help but compare the food to that of our mother’s. Nonetheless, Mrs 12 felt like it was time that we go and chose to pick our anniversary as the day for the visit.

Jamavar is on Mount Street (Mayfair), right opposite the fantastic and unpretentious Italian Restaurant Delfinos as well as being just across the street from the Connaught. Whenever I’m eating anywhere near the Connaught, I tend to find myself being drawn back to their American Cocktail Bar. It’s wonderful and perfect for a pre-dinner cocktail. Eventually, after much persuasion, Mrs 12 dragged me out, and on our way to Jamavar we went.

Jamavar is owned and operated by the Nair Family in India. Whilst this may be their first restaurant in London, they already own 4 others in India as well as the Leela Palace Hotel Group. In short, they have a fantastic track record.

The decor is what you’d expect from a Mayfair Establishment. It has an almost an upmarket Parisian Cafe style to it and was filled both tables and booths.

But immediately something struck me upon entrance.

Something that I’ve only ever seen in one other Mayfair restaurant. I was shocked. And that was the sight of children.

I’m thinking in particular of one family who had occupied a booth the day I went. They either didn’t want to or couldn’t control their children who were jumping on the sofas and touching the walls. The staff didn’t bat an eyelid and I was so pleasantly surprised. Despite it’s location, much like Delfinos opposite, Jamavar encourage families to come. They enjoyed children being there and treated them surprisingly so well. I was beginning to feel guilty that I had not brought my own kid.

Generally speaking, whenever I do that, most restaurants make a little bit more effort. Even if they’re faking it, they go that extra yard, because deep down they know, that one good review, that one good tweet, that one good instagram post – all helps. And afterall, I never expect a free meal, all I had wanted is that they make a small fuss over us.

Of course when we got there, and having dealt with well over a dozen Mayfair restaurants before, it became apparent that whilst the Social Media team had done their bit, there was clearly a disconnect from the Management to their staff.

We got taken to our table, with no mention of our anniversary. Our waiter arrived, again no mention of the anniversary. Strange I thought. I had been given the name of the Ops Director who would ‘personally be taking care of us’ but of course he wasn’t even there! And of course he hadn’t communicated with anyone in the restaurant….. Oh well – can’t win them all I thought.

Our waiter, Neal, was an absolute star. Friendly, charming, charismatic, perceptive – I couldn’t help but think we were in good hands. His eye for detail was outstanding, and the tables that were under his purview, he would never let their wine or water get to a certain level before he was bounding over to top them up. Perfect!!

Whilst Mrs 12 and Neal talked about the food menu and whether or not the tasting menu was a good idea, I studied the wine list. I couldn’t have been happier. Without a shadow of a doubt, this was definitely the best wine list I had seen in any Central London Indian restaurant (e.g. Amaya, Cinnamon Club, Benares, Chutney Mary, Bombay Palace, etc.)

Despite the restaurant being in Mayfair, unlike the likes of Park Chinois and so many others, Jamavar chose to have a wine list for everyone. They of course had wines from all regions, but prices started as reasonably as £30ish and of course went north from there. And again like too many other food establishments locally, Jamavar toned down the amount of ‘fine wine’, first growths, DRCs, etc to just a few.

Sadly, and this is only personal choice, I was a bit gutted not to see Sula Wines on their Indian Wines section, but nonetheless that was just personal preference. Having tried in vain to pair good wines with Indian food, I’ve found that for my palate, nothing seems to pair better than Sula Wines. However, I must say again, this was without a shadow of a doubt the BEST wine list in any Indian restaurant I had come across.

We decided to start with the cocktails. The list was small, and to be fair they were ok. Nothing too exciting, and nothing to write home about. And worse still they were  in these Tiki glasses. And as cool as they once were in Mahiki, not being able to actually see the array of colours in the cocktail felt like it was robbing half the experience.

Mrs 12 had chosen the tasting menu for both of us. I was starving and couldn’t wait. I purposefully did not see the menu as I wanted the surprise of the array of dishes imminently heading our way. And whilst each of the dishes were beautifully tasting, presented like a piece of art and served in a timely fashion, I was starting to get confused. Some of the pairings just made no sense to me. It was almost like back in the kitchen was a classically trained Indian Chef, with a French chef next to him adding the twist.

For example whilst the idli, dhal was delicious, that fact that it came with Lobster just jarred you. It didn’t work well with the dish and almost was there to perhaps justify the price. The taste was jarring and dispelled a myth I had. I always thought Lobster (if you’re a fan) – goes with everything. Sadly, and trust me here, it doesn’t go with Indian dhal. And some of the chutneys that the dishes were served with (e.g. an avocado chutney) – just were not working for me. But overall the food was very good. The paneer, the fish, the prawns – all divine. All would probably make my own mother say “WOW”………..

For desserts we chose the Chocolate Fondant. I was in chocolate heaven. It was perhaps the most delicious fondant; ever.

A bold statement, I know. But it was exotic. The perfect end to the meal. By the time we dessert was over, the food coma was kicking in. I mean let’s be fair, it was a 7 course meal.

To conclude, if you are looking for authentic Indian cuisine, with great wine and brilliant staff  – then I MUST advise that you go.

Jamavar is unpretentious, family friendly and in a great location. It is well on its way to being one of London’s best Indian restaurants. The food is a little confusing, and I hope that Jamavar goes down one of 2 ways;  either being Indian food with a twist, or perfect, simple Indian food cooked well. I very much hope that the latter happens in time.