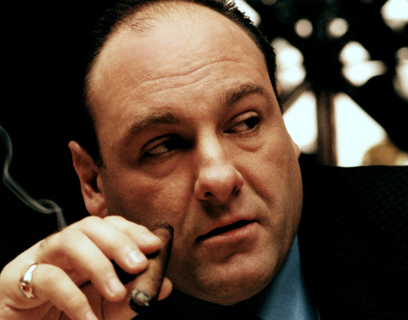 This morning I woke up to the devastating news that James Gandolfini had died from a heart attack whilst in Italy. It broke my heart.

As great an actor as he was, the one part he played, the one part that I loved him for the most; was of course his portrayal of Tony Soprano in The Sopranos.

For those of you who may have been living on another planet, The Sopranos is a series of an organised crime family who run North Jersey. And like any great show, you see Tony Soprano (James Gandolfini) rise through the ranks to take the helm of his family portraying what modern life with the job of The Boss would entail.

What made the show have another dimension was that despite being a Mafia Boss, husband and father, Tony would go and see a therapist to help deal with his panic attacks.

For those of us who grew up watching movies like The Godfather(s), Casino, Goodfellas, Donnie Brasco, Carlito’s Way, etc.. The Sopranos catered to this genre in a modern way and filled a void for the few mob movies that are out there.

The show brought back many faces from movies like Goodfellas and gathered a HUGE fan base. It wasn’t just the genre that captivated people, it was Tony Soprano’s behaviour. He was angry, impatient, moody, impulsive yet clever, strategic and a great leader. In so many ways Tony’s character would just say things that everyone else was thinking. So many fans of the show, me included, could identify with parts of Tony Soprano’s character. Even if it was just in a small way. 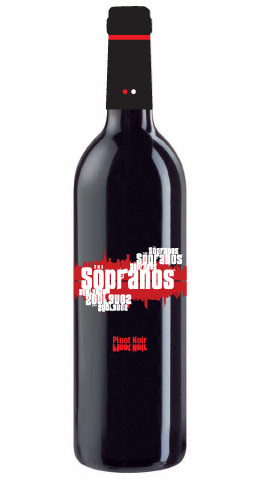 I am still in shock that he has gone so early, and as a fan of the show that made him truly a household name, it kills me to think that a movie of The Sopranos will never even be possible.

But the makers and the money men of The Sopranos made sure to cash whilst the show was on the rise. They released T-Shirts, hats and even The Sopranos Cookbook. And lo and behold, it wasn’t long till they realised that wine was an enormous part of the show. And so, you guessed it, came the Sopranos Wine.

In July 2008 Vesuvio Import Company teamed up with HBO to bring you ‘affordable Italian Wines’ – and The Sopranos Wines were launched in New York.

I must confess that I’ve yet to try a bottle, but the next time someone goes to New York, I’d appreciate if you could bring me one back!