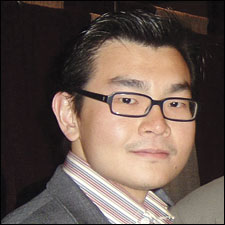 We’ve all been waiting for an update on Rudy Kurniawan’s arrest and finally we had one – as well as several intriguing replies to the news.  The Mail reports here that Kurniawan was indicted in New York last week, and faces four counts of mail and wire fraud.  He could face a hundred year jail sentence after the somewhat damning evidence emerged – bottle caps, old wine labels steamed off expensive bottles, instructions for fabricating labels, wax and rubber stamps containing chateaux and vintage names, and printed wine labels in abundance in his flat.  He reportedly received large Fed-Ex deliveries containing the empty bottles from the lavish events at which his guests tasted wine from his mind-blowing collection.  On paper, it doesn’t seem like Kurniawan has a leg to stand on.

If you would like to read the whole story, you should read Benjamin Wallace’s excellent article from ‘New York’.  Let’s face it, Wallace knows a thing or two about wine fraud.  No one seems to be certain whether Kurniawan set out to defraud from the beginning, or whether he began as a bona-fide collector who fell into financial difficulties and decided this was the only way to go.  But what is most uncomfortable about this whole case is the fact that once again, the wine industry’s elite have been hoodwinked by someone quite clever who recognised that it could be done.

The Mail article finishes with the uneasy statement ‘In reality, Mr Kurniawan’s case may have proven the murky world of prestigious and rare wines is instead built on illusions, snobbery and ego’.  And someone who believed this, and decided to use this belief as the basis for committing wine fraud could be very powerful indeed.  Could it possibly be true?

Historically there have been plenty of incidences in which experienced tasters have been aware that they have not been drinking the real thing – Kurniawan’s stock has been questioned before, although he was never blamed for the mistake.  Those around him assumed that someone who purchased as much as he did was bound to slip up once in a while with a dubious case or two, and his sheer generosity meant few distrusted him.  And even if the fraudsters are laughing at the wine industry elite, they genuinely have the sense not to refill bottles with crap wine.  It is thought that fraudulent Lafite bottles that have turned up in Hong Kong were filled with wine up to second growth – good wine, that deserved admiration, just not Lafite.  So it wasn’t as if they were drinking Blossom Hill.

None of us want to believe that our beloved industry is based on illusions, snobbery and ego – although let’s face it there is a lot of snobbery out there.  But snobbery won’t help you to gain your Master of Wine accreditation – it might help you to get the tasting experience you need to pass it but you will still need to be one hell of a taster.  You might have to be confident you can identify not just the grape or blend of grapes in the wine, but also the region, the vintage and even the individual vineyard in the case of Burgundy. 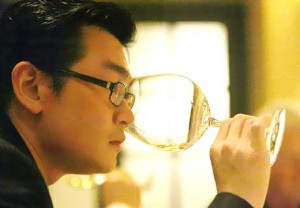 The issue of who was actually being defrauded seems to be at the core of how people are reacting to Kurniawan’s arrest.  I found this blog that has a really interesting take on the events – this fellow W. Blake Gray regards Kurniawan as something of a hero – a criminal of course, but someone who has made a fortune out of wine collectors who don’t actually seem to love wine at all, but rather the prestige of bragging about what’s in their cellar, without actually having any appreciation for what is inside the bottle, or indeed any clue how to identify it.   And you know what, I couldn’t help agreeing with Gray – criminals deserve to be punished, but as someone who saves up for an extra nice bottle to take to a friend’s house, or to go with a special meal, or just to enjoy because it is pay day and I deserve it, I can’t help thinking of how those people with cellars full of Petrus and bellowing voices and no manners might be feeling a little uneasy now about the collections they have bragged about.  I don’t think our industry is based on illusions, snobbery and ego – but every now and then there is a Rudy Kurniawan to remind us why we shouldn’t fall into that trap.

No doubt there will be more reactions in the weeks to come as this case unfolds – I’m just glad that I’ve done my bit now so I don’t have to spell ‘Kurniawan’ again for a few weeks at least….