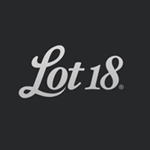 Lot18 has decided to close its operations in the UK at the end of this week. UK wine lovers who came to us early on stayed with us, and continued to buy wines from Lot18. They liked that we brought something different to the UK wine scene, which remains the most competitive in the world. Unfortunately, the supermarkets’ stranglehold on the UK market proved too powerful for us to compete with and we have not experienced the anticipated growth rate.

The company is making this strategic decision now, which includes letting go of Lot18 UK’s 6 full-time employees, after a short time to ensure that the financial and logistical expenses of UK operations don’t slow Lot18’s excellent progress in the U.S. There, Lot18 has just under 1 million members, and just sold its millionth bottle. Lot18 will remain active elsewhere in Europe, South America andAustralasia, sourcing truly exceptional wines for its members.