A paradox too far 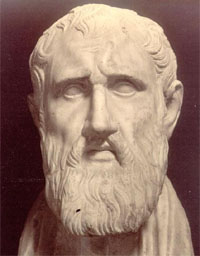 Another obituary on Decanter.com recently revealed that Professor Serge Renaud has passed away aged 84.  Unless you are a bit of a geek like me or someone who is always looking for justification to have yet another glass of wine, you probably won’t have heard of him, but this fellow is credited with identifying this thing called the French Paradox that is essentially the fact that France has a relatively low heart disease rate even though the French diet is typically high in saturated fats.  I know what you’re thinking – this is my kind of paradox.  Renaud identified the benefits of the Mediterranean diet combined with the compounds in red wine that have confused and excited politicians over the years leading to mixed messages – ‘drink lots of red wine!’ ‘Avoid red wine!’ ‘Drink some red wine, but not too much’ etc…

Finding these two paradoxes very interesting, I wondered if it would be possible to create some sort of super-paradox wherein I updated Zeno’s paradox to deal with a modern problem and then combined it with Renaud’s.  Essentially what I would like to achieve is a paradox that allowed me to eat and drink as much as I wanted but never get so drunk that I fell over and made an arse of myself while simultaneously retaining a svelte figure on a Mediterranean diet loaded with saturated fat.

Step one.  I applied Zeno’s paradox to drinking a bottle of wine.  If Zeno was correct, then in order to drink the bottle I would first have to drink half of it, and in order to drink half of it, I would first have to drink a quarter of it, and so on, and therefore I would never actually drink the whole bottle because in order to do it I would have to complete an infinite number of actions which is impossible, which means that drinking is an illusion.  While I was contemplating the paradox, I started cooking a pasta dish with an extraordinary amount of oil and meat and evil in it.  I took my time over it, just like the Mediterranean folks do.  But when I checked on the progress of my wine, most of it appeared to be gone.  What had happened?

In the front room I found my wife, sat by her computer with a guilty expression and a massive glass of wine, protesting that it was her wine and she wanted to have at least have one glass before I chugged the rest of it.  I protested, explaining that I needed the wine for research purposes – she was already familiar with Zeno’s paradox as evidently this is not the first time I have relied on it for drinking purposes.  ‘Perhaps you should get back to the kitchen and deal with that burning smell’, she suggested, clutching the wine tightly.  Unfortunately the smoke alarms started going off at this point so I indignantly walked away to stir my artery clogging meat frenzy.

Sitting down with the meal later on, I contemplated what I had learned from my experiment.

Anyway, to conclude the experiment, I had a little toast to professor Renaud, and turned my attention to the baked-on layer of burnt stuff on my saucepan.  Tune in next week when I’ll be drinking Champagne and turning my attention to the so-called laws of physics….