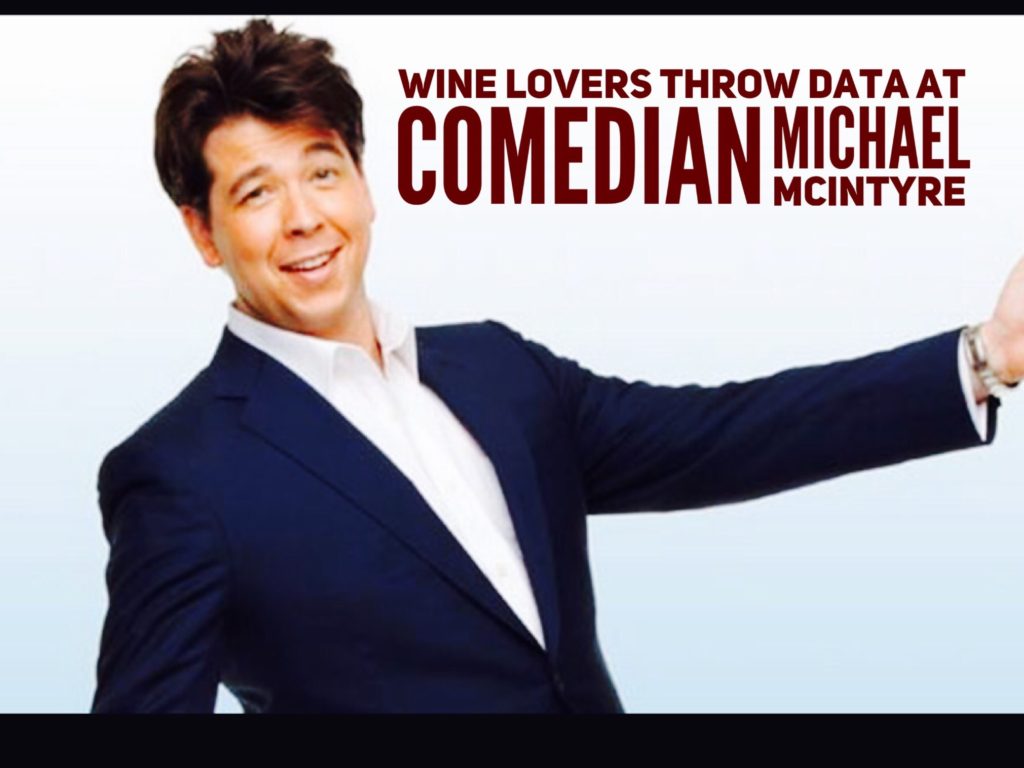 We all love him. British Comedian, Michael McIntyre has entertained us for a few years now with his observational comedy. He’s simply brilliant at taking a snapshot of everyday events and turning them into hysterical sketches. And of course, at some point, we must have known it was coming – he finally got around to it and ripped into wine lovers as he parodied the steps that so many of us do when tasting wines (in a restaurant). It was brilliant. Received live and online with rapturous laughter. And yet, it hit a little close to home as well. Why? Not because I’m thin skinned and sensitive. No….but because there’s too many people who already mock the routines to begin with. And sadly he had finally given that a name. – ‘Bullshit Productions’.

I can think of countless dinners with non-wine people in restaurants. The conversation is flowing, everyone is having a good time and at some point early on, after the champagne is all gone, the wine would be served.

Now, I love playing poker. And for those of you who do too, will know that before you look at your own hand it’s advisable to watch everyone else pick up theirs. With that in mind, I would always watch for people’s reaction as they take a HUGE gulp of whatever was in their glass. It’s almost become habit now. A little bit like watching an old episode of Friends and focusing on the extras in the background. I don’t know why I do it but it fascinates me.

After a while and a few subtle swirls, I’d take a small sniff myself. Nothing too obvious. Nothing to stop people in their tracks. And then a small sip. Swirl it around in my mouth, suck in a bit of air and just wait…..At this point, someone would always say  ‘oh here we go…doing the whole wine routine bit are we’. What would go from just gaging if the wine was any good before guzzling it, to suddenly being the centre of attention for that very behaviour was strange. Of course the next comment was, ‘did you see Michael Mcintyre’s routine on wine ‘experts’. He’s given it a name what you lot do. Bullshit Productions‘. And then carnage would begin as the conversation would descend into people taking the piss by sniffing their glass and saying things like ‘I smell after eights mixed with gummy bears and DIET sprite’….

So when I read these incredible pieces in the Economist and its sister magazine 1843 – I was over the moon. The data editor of 1843  went to go and hang out with the latest Oxbridge Wine Tasters during their 2017 Varsity blind-tasting match. You mean the boat race? Nope…. I mean less famous but certainly more delicious than the infamous boat race is the ‘Varsity’.

Now if you’ve never heard about the Varsity blind-tasting match, it’s a LONG standing tradition dating back to 1953.Both the universities of Oxford and Cambridge compete annually in a blind-tasting match. Past Varsity tasters have included wine personalities like Oz Clarke and Jasper Morris. The 2 universities get together and blind taste 12wines – 6 red and 6 white.  They are then judged on the following: 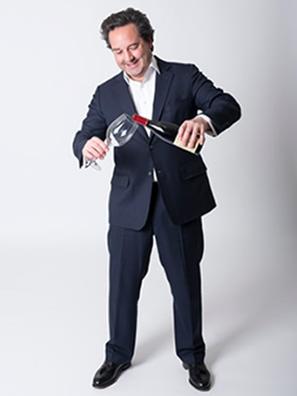 To get a better insight into the process we reached out to Will Lyons for his invaluable insight into blind tastings.

Will Lyons, Fine Wine Advisor for Berry Bros. & Rudd and a Past President of the Edinburgh University Wine Society says that the proficient blind wine taster has both an incredibly good palate memory and an encyclopaedic knowledge of the taste and flavour of the world’s wine growing regions.

“It’s all about olfactory recognition,” says Lyons. “If you have tasted Latour 1992 you will probably recognise it in a line-up of Left Bank Bordeaux. But not always. It’s all about practice. Practice, practice, practice. The more you taste the more familiar you will be with the characteristics of the great wines of the world. That’s why the teams in the Varsity fixture spend weeks blind tasting wines from across the world in the run up to the fixture.”

Lyons says he has had his fair share of successes, notably correctly identifying a Cheval Blanc 2008, but some spectacular failures too.

“Blind tasting is hard,” he says. “Don’t let anyone tell you otherwise. If you don’t recognise the wine instantly you can tie yourself in knots going through the permutations of what it might be. Perversely the wider your knowledge, the more confusing it can be. But there is a big difference between a guess and an educated guess.”

And whilst, I would like to endulge you with lots and lots of data from the above 2 articles, it is the bottom line that fascinated and GRABBED me the most.

The group’s overall accuracy was far superior to what could be expected from random chance. Given the thousands of potential country-variety pairs, a monkey throwing darts would have virtually no hope of getting a single one right. But 47% of the Oxbridge tasters′ guesses on grape variety were correct, as were 37% on country of origin.

That pretty much means that those with training ( experience & exposure to wines) simply had a better nose and palate  than ‘non wine people’. I jumped up and down for joy. I finally had a piece of information to fight back with against all the people who bought into ‘Bullshit Productions’. I heard this phrase once and it really stuck with me ‘men lie, women lie, but data doesn’t lie’. So now we’ve got the data in our favour, proving what we’ve already known forever, we just need to find some hilarious comedian to pen a sketch on behalf of all the wine lovers. …