In vino veritas (in wine [there is] truth), the old saying goes, but it seems this year we’re finding this is a byproduct of drinking it, rather than a mantra for those who sell it.

Fraud and scandal is nothing new to the fine wine world. Leave it to the ancient Romans to have mastered the art of wine fraud nearly 2,000 years ago when Pliny the Elder moaned that fake wine was so good and so abundant in his era that few people were able to tell the difference.

Even then the Romans knew a thing or to about terroir and it as the wine from Mount Falernus people prized the most. Knowing when something was too good to be true, he became suspicious when Falernian wines were selling on the cheap in local bars where the lower classes gathered. Normally only the nobility could afford it.

It probably comes as no surprise, then, that when the Phylloxera epidemic was at its height in the 19th century, the amount of wine fraud taking place also took off. Seeing the vineyards suffer from devastating lice infections, fraudsters saw an opportunity and made hay while the sun was shining.

And if this year’s stories of fraud and fakery in the wine industry are anything to go on, we might as well still be living in Roman times – without the Egyptian slaves of course. 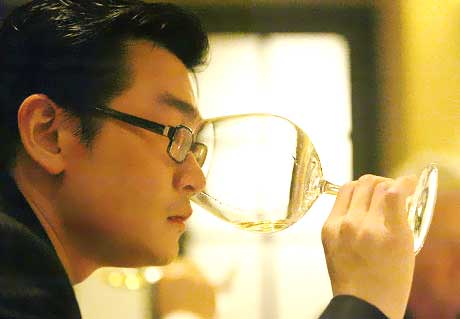 The sheer volume of such cases, both proved and alleged, have been nothing short of alarming. Most famous of all is that of Rudy Kurniawan, discussed here at 12×75 earlier this year, who was indicted in the spring for allegedly selling $1.3-million worth of fake wine over the year.

Then in June the winemakers of Burgundy had their world turned upside down when it came to light several directors at negociant Labouré-Roi were arrested under suspicion the firm faked massive quantities of wine.

Prosecutors in France said the firm was accused of topping up 500,000 bottles of fine Burgundy with basic table wine, while other bottles – up to 1.1-million of them, had their labels switched in order to meet customer orders.

Later in the summer we heard of yet more fakery on a smaller scale but still of worrying proportions, this time in China. Police in Shanghai busted a wine counterfeiting ring that was distributing thousands of bottles using the ‘Lafite’ and ‘Margaux’ monikers in an attempt to trick buyers into thinking they were finer than they really were. The bottles, of which more than 4,500 were seized, were not direct copies of the Bordeaux estates but were found to be breaking trademark regulations. 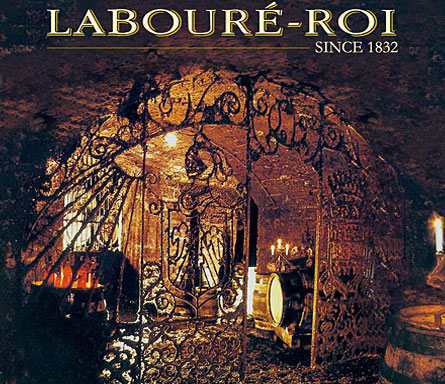 And if you think the swindles stop there, you’d be wrong. While the Labouré-Roi story was raging in June, we also heard that New Zealand wine merchant Simon Mickelson had been sentenced to two years and four months in prison after being convicted on fraud charges.

Mickelson, who worked for Auckland-based auction house Webb’s and also ran his own firm, Fine Wines International, was found to be taking money for wine he did not have, selling faked bottles with doctored labels and selling old and rare vintages for thousands of dollars even though he never owned them. When convicted, he was found to still owe NZ$540,000 to his victims.

Not to be outdone, here in the UK we heard the tale of Berkshire resident Lorraine Ellis who was sentenced to four years in prison on 24 August on fraud charges after convincing people to invest thousands of pounds in her wine business. Police say she dishonestly obtained property and goods worth in excess of £280,000 – not all of it related to wine – and still owed her victims £82,900.

Amid all of this bad news we have heard anecdotal evidence that suggests a worrying proportion of old Burgundy bottles sold on the auction market are likely to be fake. Laurent Ponsot of Domaine Ponsot was famously quoted as saying he believed 80 per cent of all pre-1980 Burgundy sold at auction is not genuine.

There is no question the number of counterfeit bottles on the market is taking its toll. Producers are angry their names are being tarnished (while in secret they proud to make wine worthy of being faked) and buyers are losing thousands, if not millions, on what is in reality worthless plonk.

On top of this, it was reported that consumers in China – the world’s fifth-largest wine market – may have grown wary of faked Bordeaux wines constantly hitting the market and turned away from the product. This was seen to be one factor that contributed t the Liv-Ex 50 Index, which tracks the value of Bordeaux chateaux, to be down 20 per cent year on year in February.

So what is a wine drinker to do? Well as any fule kno, if you play with fire, there’s a chance you’ll get burned. But no one gets ahead if they don’t take any risks. Is that bottle of old, rare Burgundy worth buying if it might be fake? The answer depends on how much money the buyer is willing to lose if a bottle’s contents turn out not to be genuine.