The year of the dragon baby and a return to prosperity

I loved this blog on Liv-ex – it is the Chinese year of the Dragon in which historically there has been some significant growth in investment markets.  As you will see from their statistics, on paper it doesn’t look all that good, in fact for fine wine it is apparent that the year of the pig has historically been infinitely more prosperous.  Nonetheless, it bodes well that the good folks at Liv-ex seem upbeat about the year ahead. 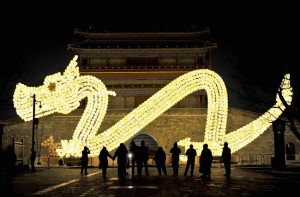 I had found out a few days ago that it was the year of the Dragon when a friend of mine, who is currently expecting her first child, announced via social media that she was having a dragon baby.  As she doesn’t know whether it is a boy or a girl yet, I immediately suggested that ‘Dragon Baby’ was an excellent name for either a boy or a girl, and that she should commit to it immediately.  Unfortunately pregnant ladies don’t drink enough for a suggestion like this to get past them, so my hopes aren’t high that my suggestion will be taken up.  Perhaps I should have a word with her husband.

So, back to wine.  2011 was an interesting year.  We had a vintage that producers in Bordeaux seemed to hail as delightfully average, and the Far East’s interest in First Growths finally dwindled a little.  Robert Parker led a surge of interest in his ‘Magical 20’ wines, consistently overperforming second to fifth growths that he declared were worthy of more attention.  Cos d’Estournel has led the chase, with a real upsurge of interest.  Petrus did well towards the end of the year.  But generally we ended the year with little clarity on what the year ahead would hold.  So what has January taught us?

Liv-ex reveals that Burgundy has been important so far – benefitting from the broadening of the market, DRC has come to the forefront.  Of course production is miniscule compared to Bordeaux – something to bear in mind if you want to get your hands on it.  Liv-ex believe that the key to success in 2012 is ‘a stabilisation in price of the Premier Crus’.  An affordable 2011 vintage would have an influence on how Bordeaux performs going forward.  And with buyers relieved that the vintage was not better than the year before, this is more likely than ever.  Perhaps even a similarly average 2012 would be a good thing?

China itself will have an influence too – for the last few years, China has been largely responsible for market growth.  Its continued economic growth will be important in the year ahead.  China will not lose its taste for wine but it does seem like the Chinese are ready to try something new, something Parker has cleverly latched onto with his magical 20, thereby guaranteeing great sales for the producers of all the wines he shortlisted.

So… market breadth, good times for second growths, Burgundy, and the Drinks Business even tells us that single 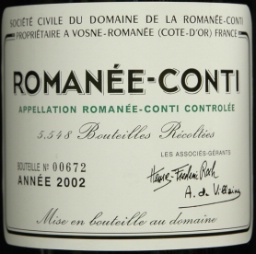 vineyard Rioja is experiencing a surge (mainly for drinking, I suspect, although there are some fine investible Spanish wines).  It is going to be an interesting year.  Is it a bad time to invest?  Absolutely not – it might be a time to watch the market more shrewdly rather than just retreat to the wines we have heard of – Cos d’Estournel is far from Bordeaux’s biggest name but it looks like it is really one to watch this year.  Have a look at Burgundy, or Italy’s Super-Tuscan wines, but don’t stop watching Bordeaux even for a moment – as I will quote from the Liv-ex blog on 26th Jan – “As we sit here today, the fog of negativity that has shrouded the market since the summer is showing tentative signs of lifting. Indeed, as we discovered in 2009 and 2011, sentiment can turn remarkably quickly.”