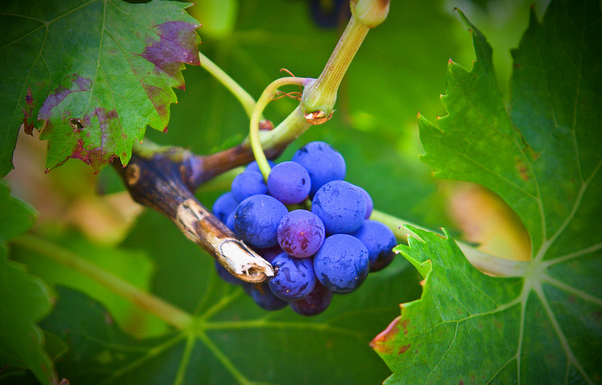 I’ve got so used to friends telling me they only drink Sauvignon Blanc or Aussie Shiraz now, that I am always pleasantly surprised when someone tells me they have actually tried, and enjoyed, something else.  One of my friends tried Mourvedre at a tasting we went to together a few months ago and now she can’t get enough of it, she’s probably tried more Mourvedre than I have from more countries than I even knew grew this wonderful southern French grape.  With this in mind, I thought it would be a good time to celebrate other unsung heroes that you may or may not have encountered, but that have made me smile a great deal over the years and ensured that I don’t get stuck in a Cabernet / Chardonnay rut.  Let’s start with the reds…

Historically Carignan was used in France’s slightly rubbish table wines, it grows vigorously and yields are high.  A few years ago, producers began to realise that there was a bit more to it than creating a giant French wine lake that no one wanted to swim in.  It remains the most planted variety in Languedoc-Roussillon, but the best producers are now treating the grape with more respect, keeping yields lower so there is enough fruit to balance the high tannins.  Carignan from old vines has a really interesting character that is worth exploring, and specifically do look for ‘Old Vine Carignan’ on the label.  Expect to pay no less than £7 for a decent bottle.  At the higher end of the market, the grape has also showed promise in California where it is spelled Carignane.

Rarely seen outside its native Italy, Dolcetto has historically been thought of as the poorer cousin of Nebbiolo and even Barbera.  Its name means ‘little sweet one’ but its wines are never sweet, they are dry and full of fruit and spice and very delicate notes of bitter chocolate.  They are not wines for holding onto , but in my humble opinion, some of the nicest wines are those that are intended to be drunk within a couple of years of bottling.

I know what you’re thinking – that you don’t drink nearly enough wine from Austria.  Well, the time has come to change all that.  I attended a tasting last year that featured nine or ten of the finest examples of Blaufrankisch I’ve ever tasted.  They are not cheap, and in their youth it is difficult to guess at the velvety, berry-rich wines they will mature into, but if you just want to be impressed, try to track some down.

I know what you’re thinking (again).  She’s gone stark raving mad and forgotten this is a quality wine blog… most people don’t realise that Lambrusco is a red grape.  Most commonly we see it stripped of all its character in oversized bottled to be swilled on the way to the pub by ladies whose dress sense and judgement of the male character is as poor as their taste in wine.  (sorry girls, but it’s true.)  But Lambrusco in its true form, a delicate, lightly sparkling red that tastes so good with rustic Italian cooking that it almost defies belief, is a rare treat that I can’t resist.  And it is so low in alcohol that you can drink absolutely tons (and you will.)

The unsung white grape heroes will be the subject of a future blog – but for now I will leave you with a challenge.  Next time you visit your wine merchant, peruse the shelves for the most obscure grape variety you can find.  Drink the wine with an open mind, and then tell us about it via a #7WordWineReview.  Of course, there is every chance you will run screaming back to the comfort of the Cabernet rut, but at the very least you will have broadened your wine horizons and tried something new – and I have a hunch you won’t regret it.