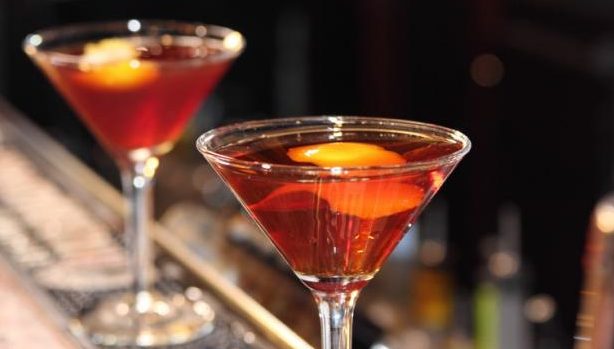 Whether you’ve enjoyed it on its own as a refreshing aperitif or savoured it as a cornerstone of a cocktail recipe, chances are you’ll have come across vermouth in some form or other in the past. Sweeter vermouths have long been used in cocktail recipes alongside stronger spirits as their base, while its herbaceous flavour profile and enchanting aromas mean its been savoured solo as well. However, despite being omnipresent in bars and liquor cabinets alike, many drinkers don’t know that much about vermouth itself.

In short, vermouth is a form of fortified wine that’s flavour is enriched with the use of a host of botanical ingredients. Nowadays, there’s an impressive range of blends and vermouth varieties to choose from, but the vermouth we might recognise today has its origins in the latter half of the 18th century. Fortified wine and the infusion of botanicals have been stalwarts of alcohol for thousands of years, but it was only in 18th-century Turin that conventional vermouth came into existence.

The difference between dry and sweet vermouth

While many think that vermouth is a sort of spirit, it’s actually an aromatised wine that has seen its ABV content given a lift with a neutral form of alcohol (usually a clear brandy). It’s also flavoured with a wide selection of botanicals, herbs and spices. In the past, vermouth has tended to be categorised as either red (or sweet) or white (often called dry).

Dry vermouth came into existence in the early half of the 19th century. This French variety tends to have less residual sugar and overall lower levels of spiciness to it, but it’s more herbaceous than sweet red varieties. It’s lighter body and more refreshing flavour framework also deliver a signature cooling sensation on the palette. If you’ve ever enjoyed a Martini, you’ll have savoured the standout flavours of dry vermouth.

Where do vermouths come from?

Most of the varieties of vermouth you’ll tend to encounter are produced in either France or Italy. While these territories are historically associated with signature styles of the drink, there’s no steadfast rule in the current climate of vermouth production. You’ll find vermouths produced in Spain, America, Italy, France and elsewhere, with all locations delivering a range of sweet, white and dry alternatives on the iconic aperitif. Each and every vermouth has its own appeal, with the nuanced flavours making them incredibly popular for mixology uses. New cocktails are being created all the time with innovative updates to vermouth recipes serving as their base, but the fortified wine favourite can also be enjoyed in its own right. If you’re keen to understand the intricate DNA of this delicious liquor cabinet staple, you won’t be raising any eyebrows by sampling a shot or two straight. However, rather than sink it to the back of your throat quickly like vodka, make sure you take the time to savour the extensive elements at work here.

How To Drink Vermouth

For most of us, vermouth is best enjoyed as part of a cocktail. Many of us have a bottle of the good stuff lurking around in our liquor cabinets, so rather than let it go to waste, put it to good use as part of a mouth-watering mix. See below for a couple of classic cocktails you can try at home today with minimal effort.

This classic cocktail requires only a couple of ingredients. For a start, you’ll need 2 fluid ounces (approximately 60 ml) of vermouth. You can use sweet or dry varieties in this versatile recipe, both will produce an incredibly satisfying result. You’ll next want to add a dash of bitters. Spicy and herbaceous Angostura bitters work best. Feel free to serve this one over ice, but so you don’t dilute the intense framework of flavours at work, you’d be better of pre-chilling your glasses and pouring your vermouth straight out of the fridge.

This first class cocktail takes its name from Count Camillo Negroni who requested an Americano cocktail, with the soda switched out for gin. For each serving, you’ll want to blend 1 ¼ fluid ounces with gin, with an ounce of Campari and ¾ ounces of a sweet red vermouth. For best results, add a little chopped ice to the glass and stir until the entire concoction is suitably chilled. An extra garnish of orange peel puts the perfect finishing touch to this favourite.

There’s various origin stories for this renowned cocktail but the recipe remains much the same, regardless of which account you go with. You’ll need an ounce of sweet red vermouth to get started with, along with two ounces of rye whiskey, plus a couple of dashes of aromatic bitters. Stir well with chopped ice until the whole concoction is chilled, then strain into a chilled glass. That’s a coupe glass if you’re being traditional. To garnish, add a twist of peel or a maraschino cherry.

The favoured drink of James Bond himself, there’s countless origin tales of the Martini. It almost certainly became refined in the late 1800s, with the basic recipe consisting of thee parts gin to one part extra dry vermouth. Conventional recipes call for it to be stirred into a mixing glass with ice until chilled down, before being strained into a chilled glass. A final flourish of peel garnish or an olive puts the perfect full stop to this staple cocktail.