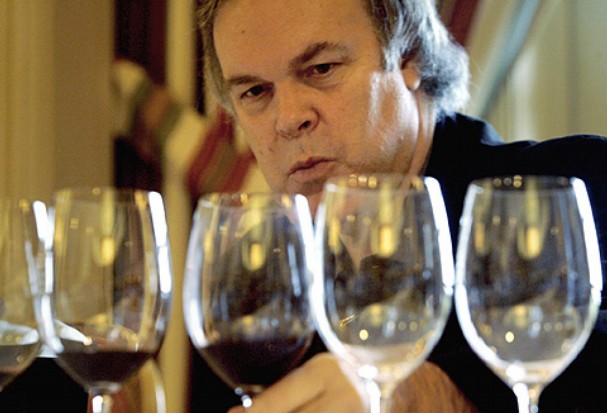 The Drinks Business reported on 16th May that Robert Parker had slammed the concept of “Parkerisation” – read the article here.  It’s hardly surprising that he’s reluctant to embrace a concept that implies he has a very particular taste in wines and scores wines that suit his palate very well, and as a consequence, these wines fetch very high prices.  And as a consequence of that, other producers want their wines to fare just as well, and think that making wines in a style that Parker likes is likely to get them a higher score.

Whether it’s true or not, it’s hardly rocket science is it?  Sure, you’ll get producers that want to stay true to the wine they want to make, but it must grate on them to see others fall into line with the big, opulent style that Parker seems to rate so highly and be rewarded for it.

Wherever you stand on the Parkerisation debate, we can’t deny his influence.  We can’t seem to help discussing him on this site – we even played an April fool prank saying that he had retired.  He hasn’t, of course, but he does seem to be winding down a touch.  He’s appointed an editor to replace him at The Wine Advocate, and he’s handed over his Rhone responsibilities.  As much as we’d love to believe that he will live forever, and if all of us drink more Bordeaux then WE will live forever too, his retirement at some stage is inevitable.

As Parker quite rightly points out, Bordeaux owes him a lot.  The region hasn’t always had the best reputation.  He holds some responsibility for improving the quality of the wines that most of us can actually afford to drink from Bordeaux, and thinks they are the best value you can buy.   But maybe instead of wondering who on earth could possibly replace him, perhaps we ought to be wondering what on earth Bordeaux is going to do without him.  Without Parker to impress, what happens next?

The thing is, it’s not just Parker the person – it’s what he’s created.  Parker’s scores out of a hundred are a really big deal in Bordeaux.  If he has a successor, it’s likely they’ll want to put their own stamp on things, so do we just resign Parker’s scores out of a hundred system to history?  What if Jancis Robinson takes over, and (somewhat reluctantly) scores wines out of 20?  Or if she gets her way, we abandon scores altogether?

It’s very fashionable in wine industry circles to say you ‘hate wine scores’.  Sorry to spoil the party, but I don’t hate them.  How else are we supposed to deal with tasting hundreds of wines at a time at tasting?!  How can you possibly remember that you liked one Chardonnay better than the 300 others you encountered on the same morning with a tasting note and a smiley face?  Perhaps it’s just me, but I can’t help thinking that it is counter-intuitive not to have some way of scoring wines, whether you share your scores with people or not.

I’ve been working on my own scoring system recently just in case there aren’t any MWs that want to step into Parker’s shoes, and I get called upon.  I do appreciate that I am quite far down the pecking order, but you never know.  It’s loosely based on the principals of “Strictly Come Dancing” but with a bit of additional common sense thrown in.  Parker is replaced by a panel of 4 experienced tasters.  They each give their scores – out of a hundred, so Parker’s legacy is not completely lost, and future wines will be rated in the same way as he rated them, for continuity.  Then when the wines are released, people drink them, and decide which one they like best.  They score it themselves.  This can change the overall standings of how the wines have fared, but no one cares as we have all moved on from it now… Britain’s got Talent is back on next week and there’s a rumour that Cowell is back on the panel.

Wait a minute.  That’s exactly the same as Strictly.  Doesn’t seem so stupid though, does it?

Whether you don’t score wines at all and have some sort of a relational database in your head whereby you not only remember every wine you ever tasted but also how much you liked it relative to other wines, or whether you score wines out of 5, or 10, or 20, all of which appeal to Parker’s haters, it seems wrong to replace the system that he’s created for the wines that he has helped to shape.  So maybe we shouldn’t replace it – maybe we should evolve it, and make it something we don’t hate – maybe we don’t love it at first, but that’s why it is evolving.

Just a thought.  But this issue will require some thought, whether we like it or not – so I’d like to put my suggestion for Steph’s Strictly Scoring out there (complete with live band and sparkly costumes – why the hell not?) before someone else steals it and laps up all the glory….

GET INVOLVED!   Be part of the 12×75.com and By The Bottle Mag community by joining our LinkedIn Group or alternatively connect to Steph on LinkedIn for an invitation to the group.