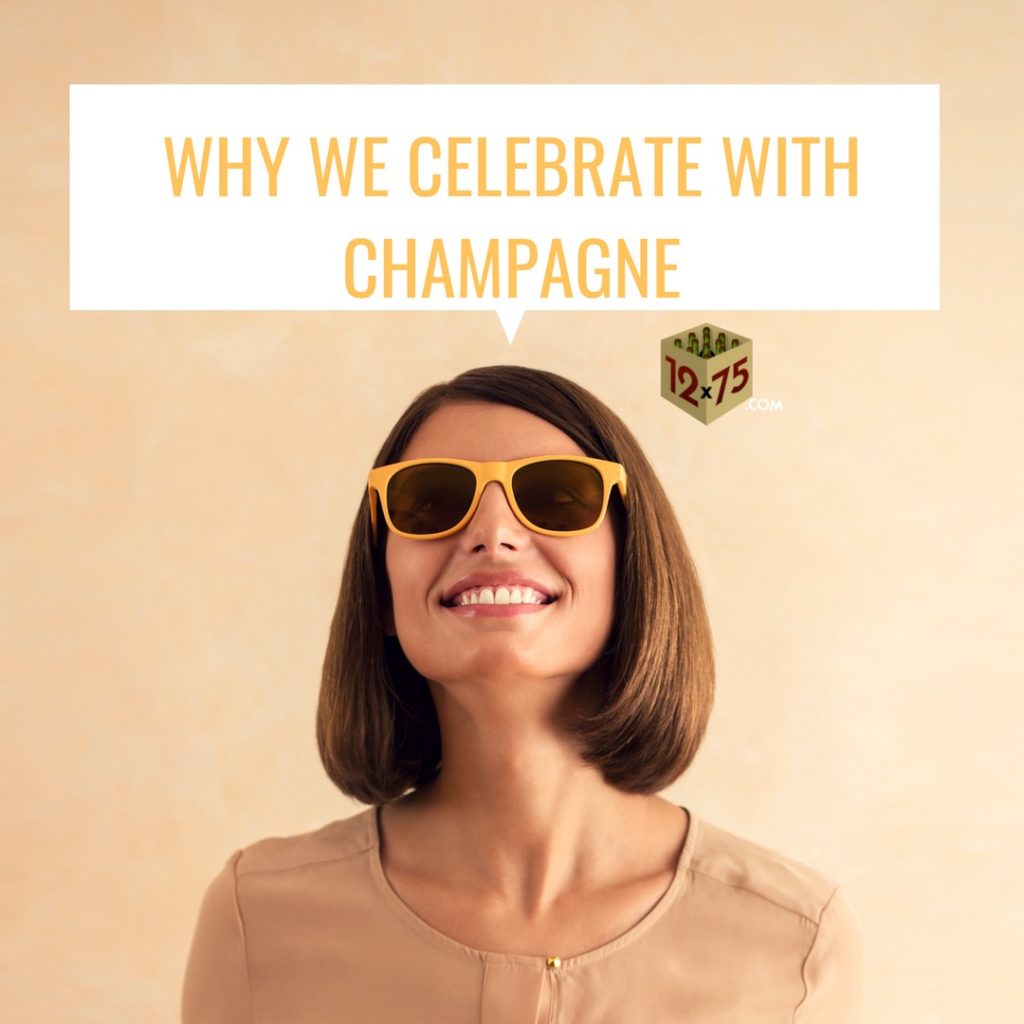 Champagne has long been the go to drink to mark any happy occasion. Be it a promotion, a celebration even a wedding – no one ever questions why do in fact celebrate with champagne. I mean it’s become so ingrained in society, that until recently I never thought to look into why it’s such a celebratory drink. It was time to really understand why we celebrate with champagne.

I mean think about it. Have you ever been to a restaurant and been sitting next to a couple, where midway through dinner you hear her start to scream. And as you look over, you can see he’s on bended knee (puke) – proposing his heart away.

And after all the hugs and kisses have happened, what do they next? They proceed to order champagne. Never a bottle of vodka or a bottle of whiskey, or even a high end bottle of Bordeaux. Just Champagne.

It just goes without saying that champagne is the drink for celebrations. But why do we celebrate with Champagne?

So champagne has always been associated with luxury. It’s been associated with being high end and bling long before the term  bling had ever been coined. After the French Revolution, Champagne would be flowing at parties of European Royals and Atristrocrasy alike. However, ordinarily, just by them consuming it, you would think would give it even credence on its own to be the must have drink.

However despite the fact that sparkling wine was the status symbol of it’s time. It did in fact take on a rather strange turn. And that is that it began to take on a secular conations whilst slowly replacing certain religious rituals.

By this I mean it was almost considered a form of holy water. For example when Christening a new ship, if a Priest was not available, a bottle of champagne would be broken on its side (a tradition that still continues) – with the ‘holy water’ inside touching the ship. Hence the same reason why champagne was also opened at baptisms.

Whilst this perception of sparkling wine was spreading, it also become more widely available to the public. And given its steep price, those who bought it, would literally spend hours just sipping it and savouring each and every one of the exquisite flavours. However, most of the general public would save their purchase of champagne for special and / or religious events.

Champagne was also very symbolic. Not just in being seen as a status symbol, and as a holy water – but it was also said to have profound effects on both men and women. Purportedly men would be wittier (as is if that’s even possible. We are a witty species) and women would be more beautiful.

But champagne also had the visual aspect that was even more symbolic. The bottle, the colour of the liquid. The sound the cork made. The overflowing of the contents. It was all signs of abundance and joy.

So the next time you’re celebrating with champagne – at least you’ll be able to tell people why.

If you’re unsure about which champagne works best for you, check out our guide on the Best Champagnes We’ve Tried So Far.