Wine awards: Are they useful? 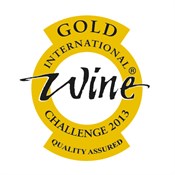 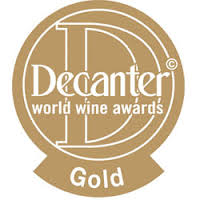 Few things are derided by wine geeks more than those shiny stickers that tell us a particular bottle is an award winner. Even if the wine is truly great, that sticky piece of foil tells everyone around the table that the only methodology you used when choosing it was to select the bottle that came with credentials.

Contrary to the wine geek’s code of honour, which suggests such sales aids are sacrilege, you shouldn’t feel any shame in doing this. When confronted by the lake of mediocre wine in your average Morrison’s or Tesco, you are better off choosing based on a wine’s presumed award-worthiness rather than the fact it is on a half-price offer.

Whether the prize is from the International Wine Challenge, the Decanter World Wine Awards or the IWSC – whatever that one is – can you really go wrong if it gained approval from a bunch of critics? If I ‘m trying to choose among the sea of offerings from the minefield that is France’s Languedoc region or Chile’s Central Valley, I’d rather I go for the known quantity rather than take a risk on what might turn out to be some horrific negociant’s lash-up?

At this point I presume a great number of you are crying bloody murder at me. Choosing a wine because it won an award? Have I gone mad?

Don’t deny it: most of us have watched a film because a critic gave it a good rating, same too a stage play or musical act. And in previous posts we have discussed to exhaustion the fact many people buy fine wine based on an influential critic’s score. But I get the impression there are those who look down upon that little sticker from the IWC or DWWA or IWSC that says “this wine is a winner,” that they believe it is more respectable to buy something based on a review by Robert Parker and Jancis Robinson, or Oz Clarke and Tim Atkin.

So what makes wine awards any less credible than the critics themselves (and let’s not forget many of those well-known critics are judges for the awards)? There is no shortage of newspaper articles reporting on the fact that studies suggest wine tasting is junk science, so this made me wonder, does that mean the tasting process for awards are junk science as well?

Nonsense, I say. Let’s forget for a moment that most of the world’s finest wines are not included in these competitions (you’d never find Lafite or Screaming Eagle submissions because they don’t need to and they probably also look down upon them) and consider at what wine awards are all about.

First, I should offer up some disclosure: earlier this year I visited an International Wine Challenge judging session near the end of the day and was able to see what the event was all about. Furthermore, in July I was a guest at the IWC Awards Dinner.

Second, there is absolutely no denying that these awards challenges are money-making enterprises. Neither Decanter nor the IWC would organise any event without the objective of earning a profit. And to be fair, they’d be mad not to.

There is also no denying that these awards challenges are based only on the wines that the producers could actually be bothered to submit. So basically we’re getting a limited view of the wine world, but any glance at the results will tell you it’s still a very big pool of wines to judge.

What I learned when visiting the IWC was just how thorough the judging process is. Everything is tasted blind. Everything is tasted by judges. Everything is based on merit. If a wine wins a prize, it had nothing to do with the packaging or a bribe or anything like that. It won it because several judges decided it was worthy. If there is junk science there, then so be it; the subjectivity of wine tasting, you could say, is by design unscientific.

Far more valuable, in my opinion, is a recommendation from someone whose taste in wine you trust. Be it the local merchant, a broker, a friend who knows their wine or even a critic you have followed for years, the best way to discover something you enjoy is to pay attention to what others are drinking.

So what good are awards? Having worked in journalism and finance, I know all too well that every professional wants to win awards. Some journalists seem to be driven entirely by the prospect of winning an award, while investment managers and financial product providers use awards as leverage to attract new customers.

In the world of wine, the situation is the same. Perhaps you won’t stock your cellar with those DWWA bronze medal winners, but if you find yourself pacing the aisles of Sainsbury’s looking for something that won’t induce your gag reflex, few sights are more reassuring than that little foil sticker.