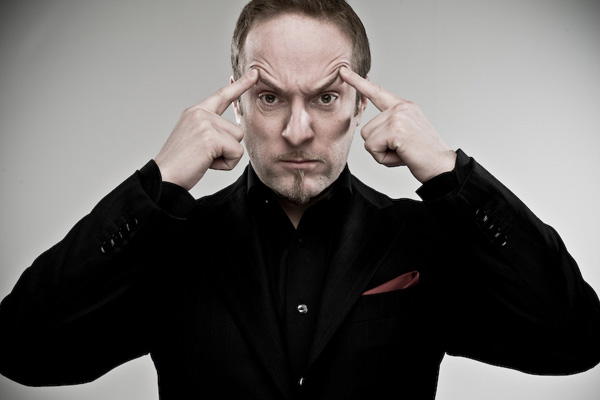 My first job as a wine merchant was in the off-sales shop in the students’ union at university. It wasn’t exactly a hard sell, most nights I would put my feet on the counter, chat to the door staff and waiting for the bar to close and the consequent onslaught of drunken revellers trying to steal alco-pops. My first proper job as a wine merchant was a real learning experience though – as I began to learn about my customer base, I developed a sixth sense for the customers that would come in for a chilled bottle of white to go with dinner and end up leaving, thanks to a carefully planned yet seemingly casual intervention from one of our staff, with six or seven cases of claret.

It took me a while to build up the confidence to upsell, and I couldn’t help noticing that other members of staff didn’t seem to have to work so hard. Salespeople with swarthy good looks and a French accent, to be precise, whose only technique seemed to be half-heartedly pointing at a bottle of something expensive and mumbling ‘ ‘ave you tried zees, eet’s good stuff’ in a slightly bored manner while not even looking up from the complete works of Sartre in his other hand, seemed to out-perform me without even trying.

I could understand why our clientele would rather buy fine wine from my swarthy colleague than me, but I refused to give up. I tried putting on a French accent. That definitely didn’t work; unfortunately even then I could only be described as “very Irish looking”, and I was fooling no-one. I decided to play dirty. If the highly discerning big spenders weren’t going to come to me then I was determined to take the lead in selling to the great unwashed – namely, the 6000 students that inhabited our town that would regularly stagger in for a case of Stella and a flipping massive packet of crisps.

This period has given me some of the funniest memories I have from my entire career. I challenged myself to sell the least sellable products in the shop to students, and to maximise sales of the things they tend to buy anyway. If they came in for a case of Tennent’s, I would sell them three. If they came in for cigarettes they would leave with a dusty Dutch liqueur made from bananas and no recollection of how it happened.

How did I do this? I’d love to say it was through some sort of Derren Brown-type mind control technique, but that would be a lie. The truth is, I knew students. I’d been a student. Students like things that are funny. A sign that reads “Buy Tennent’s or we will run over some puppies” accounted for our impressive spike in lager sales. Students thought it was funny, and wanted to be part of the joke. They also like drinking cheap lager quite a lot so I was merely pointing it out to them and encouraging them to buy more than usual. As for the dusty spirits, I would arrange them on the counter and while serving cigarettes I would casually ask “Would you like some Pisang Ambon with that?” And not quite sure whether it was a joke or not, they would utter “Uh, sure, why not”… This confusion would continue long after they left the shop and weeks later they would stare into the empty bottle and wonder if it had definitely happened.

It was fun while it lasted, but all the while I had been learning about wine, and I realised the following year that I really had accumulated a lot of knowledge which I was using on a daily basis to sell great wines without really noticing. And it turned out I didn’t need an accent – just an awful lot of passion for the product, which I had in abundance. And so I was a pretty decent salesperson, all in all.

I don’t work in retail anymore but as a customer, the best sales pitch that a wine merchant could give to me if I ask about a particular wine would be to say “I absolutely love that wine, we had it with dinner last week, it was amazing!” We’re losing our high streets now because we buy so much stuff online, and although I buy a lot of things online I think the experience of buying something from an actual person will be greatly missed as time goes by. Remember when you bought an outfit because the salesperson told you it looked great in it, and how they ended up selling you shoes to match? Remember when you spent far more on your nephew’s birthday gift than you intended because the lady in the toy shop said “my son absolutely LOVES this…” Passion inspires us – and we respond to it.

It’s just how we are.
So the next time you are waiting by your car as your wine merchant loads case after case into your boot thinking “I only came in for a bottle to go with dinner, what happened?” don’t question it – just go with it. You’re only human after all.