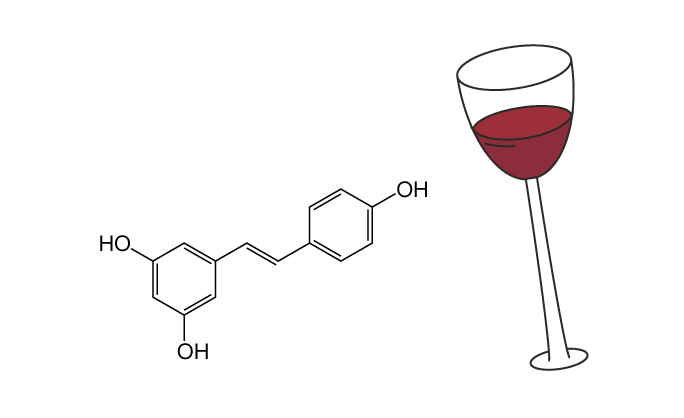 Last week was British Science Week. You might not have been aware of this fact because I wasn’t until it was nearly over. This is because science isn’t, and has never been, my ‘thing’. That’s not to say I’m against encouraging an interest of it in others. Quite the opposite in fact – I’m all for people learning more about science-type stuff especially if they’re taught in a more interesting way that I was at school. Anyway, the reason I’m harping on about all things science is because British Science Week got me thinking about science side of wine, or in other words, the stuff about wine that makes my eyes glaze over and nod in some sort of vague understanding when I really have eff all idea what’s going on. One mention of the word ‘compound’ and I run for cover. Even though I appreciate that sulphur dioxide is important in the wine-making process, the term still brings back painful memories of chemistry lessons where I was desperately hoping no one would cotton onto the fact that I hadn’t a clue what the heck was going on.

You see, the problem is that science is pretty integral when it comes to making wine. No matter how much wine marketing bumf goes on about ‘instinct’, unless a winemaker knows his or her polyphenols from their brettanomyces (and yes, I did just have to google ‘wine science terms’) then there’s a good chance that their resulting concoction might poison someone. When I first started working in the wine trade I had romantic notions about working in a winery or a vineyard – being at one with the soil or holding up a test tube and looking clever. But then I realised that this sort of work might involve understanding a periodic table or writing down chemical equations and that I should probably leave that sort of thing to people who were actually quite good at it.

So has my knowledge and enjoyment of wine been hampered in anyway by my complete inability to retain scientific information or not? From what I remember when I first started working for a well-known wine retailer, my colleagues at the time were of a very similar mind set to myself – more likely have an arts degree than anything remotely practical and their desire to sell wine was just as much motivated by not wearing a suit than it was by the more obvious benefits. So of course, enjoying wine and waxing lyrical about the stuff isn’t hampered by a lack of scientific chutzpa – a good set of taste buds and you’re sorted. But when it comes to the ‘understanding’ bit, I must say I struggled with the science side of things. When I sat the Diploma, my heart sank every time I was forced to open the ‘Understanding Wine Technology’ textbook (no disrespect to the author – when I eventually did manage to absorb the useful things he’d written I subsequently scraped a pass in that particular test), and I suspect I wouldn’t be too much use in a working winery, unless there were any floors that required sweeping.

But the great thing about wine is that it made me want to overcome these hurdles. It was the first subject I’d ever encountered that made me want to actually gain a better understanding of all things science. It made me regret not paying a bit more attention in the chemistry lab and perhaps looking past all the dull hypothetical scenarios. Now, I’m not saying that we should necessarily be using oenology to teach science in schools – a passion for alcoholic beverages probably shouldn’t be encouraged at such a young age – but perhaps taking more exciting examples of real life science would change the opinions of those who struggle like I did.

But then again, I’m no teacher or scientist do what do I know? I’m just someone who sometimes dwells on what might have been if I’d encountered the science of wine a little bit earlier, back when my brain cells were still in peak condition…