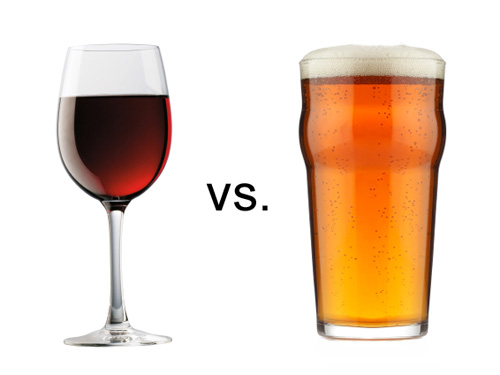 As a self-confessed country bumpkin I live out in the sticks and unfortunately I do not spend that much time at wine tastings these days.  My local wine merchant always offers good events but they are few and far between in contrast to the abundance of beer festivals that are held locally.  I also work in Burton on Trent which is the hub of the Midlands brewing tradition.  Oh, and there is a brewery across the street from my office.  So I’ve spent many an evening after work (and the occasional lunch break) sipping real ale in a giant tent, wielding a hot dog in my other hand, wishing it was wine I was tasting, and thinking ‘what a surprise, it is drizzly’.

Secretly I really enjoy beer festivals.  When I was at university I was the first ever female president of the Real Ale society – an honour indeed.  Shortly after that I ceased consuming real ale as, unless I ran a marathon every day, the calories in it were eventually going to lead to my demise.  So I just stopped.  Take that, obesity.  But here’s why beer festivals are more fun:

You know what, I love wine tastings and have no regrets about turning to the dark side after my Real Ale presidency was up, but a little bit of me still loves the banter and general madness and Britishness of beer tastings.  Let’s face it – tasting stuff is fun.  So I think I will continue to be a bumpkin, and attend beer tastings, although I’ll probably try and avoid Barry since I am fairly certain I owe him some money…