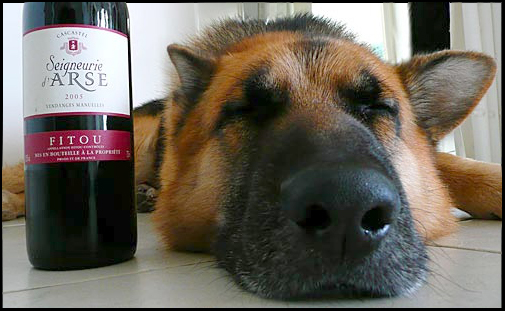 Beer is going to the dogs, but wine never will 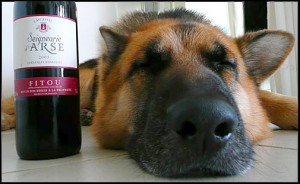 Drinks producers will go to great lengths to attract new business. The first hurdle is to draw new customers to their brand; the second is to make sure they keep coming back.

The wine world is no different and is constantly trying to draw in new customers with innovations designed to make it appear less stuffy: funky labels, funny names, low-alcohol wines and so on. But is this enough? Should they be trying to tap the multi-billion pound global pet market?

Recently the Drinks Business ran a story about an American brewer that has started making a beer for dogs. Yes, a beer for dogs. But before you cry ‘animal cruelty’, the beer is non-alcoholic and contains a long list of ingredients we wouldn’t normally want to see in our beer but might appeal to today’s pooch.

The Boneyard Brewery in Bend, Oregon, has come up with a dog-specific concoction of vegetable broth, spent grain from the brewery, water and glucosamine powder containing ginger, cinnamon, flax seed and honey. All for USD $36 per six-pack.

Boneyard’s staff got the idea after one of its tasting room employees found his dog, Lola, had a penchant for beer.

Now, anyone who has owned a dog will know they will eat just about anything. It seems to me they also have some sort of fascination with beer. I base this on the fact my father has told me more than once that he recalls his childhood friend’s dog loved nothing else than to take a longneck beer bottle in its mouth, tilt its head back and guzzle the contents.

Whether or not this happened regularly is unknown, although my father did always tell the story with a mischievous giggle that would end with a serious phrase along the lines of, “Of course it was a pretty cruel thing to do and we shouldn’t have done it – neither should you, son.”

This got me thinking, could we market a similar wine for dogs? I had put all sorts of thought into what sort of wine this would be, picking out the grape variety that could be used, selecting different ingredients that could be put into the blend and even catchy names for the final product.

But before sending my proposal to the fine people at Mutt Lynch Winery in Healdsburg, California, I thought I would do some Googling first.

That was when I discovered grapes can be deathly dangerous to dogs. The full reasons are not entirely known, but apparently it can cause renal failure in dogs that is believed to be linked to a mycotoxin, but so far it has not been identified.

So while it is possible these days to buy anything from a choke chain to a diamond-crusted anklet for your guinea pig at Petcetera, you won’t be buying any bottles of de-alcoholised Dog Point sauvignon blanc for Rover’s water bowl.

This is probably a good thing, because I doubt dogs would like wine anyway. I know for a fact cats are no fans of wine, so their experience is probably similar to a dog’s. Every time one of our fluffy bundles of joy jumps onto the coffee table and sniffs my wine, it recoils in horror and runs away, likely headed outside to do something more pleasant, like picking a fight with a fox.

Actually, it’s probably a good thing we can’t make a dog-specific wine. Various reports of disastrous growing season in 2012 and spreading vine diseases suggest we’re already headed towards a worldwide wine shortage. If that’s true, we need to keep as much of it for ourselves as we can.