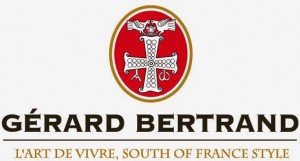 A winemaker called Gerard Bertrand has released a super-premium wine. Fair enough, that is hardly an uncommon occurrence. If you’re not familiar with Gerard Bertrand he is an ex-rugby player turned winemaker, with big curly hair and a very smiley face; like a quokka. Moreover, he’s a very talented winemaker. When I used to work in a high-street chain I would always like it when his wines were on offer, partly for personal consumption, and because I knew I could recommend them to people without any hesitation. Before I started writing this I tried to think how many weddings I’d sold his wines to, and then, by extrapolation, how many marriages were consummated when next to a bottle of his wine. Lots probably.

Anyway, what interested me about this was that he claims he is on “a mission to forge a link between the biodynamic principles laid down by Rudolf Steiner and the quantum theory of physicist Max Planck.” Right-oh. It doesn’t say how he plans to do this, or with what equipment, but as I’ve not seen his work nor his methodology I will have to take him at his word. However, I will remind you we are talking about a bottle of wine here.

What I have issue with is how the articles covering the story were written. If he claimed to be using any other anachronistic scientific principle* there would surely be some mention and explanation of the principle itself. Not so with quantum theory. The thing is, quantum mechanics (the successor to quantum theory which was abandoned nearly 100 years ago) is so mind-bogglingly complicated that no-one really understands it, therefore most people don’t even try. Anyone can say “I can prove X with quantum theory”, but considering you’d need a hadron collider, miles long, costing billions of pounds to make any meaningful progress, I’m inclined to immediately disregard any of these claims. This guy’s got a bottle of wine.

So where’s the harm? Well every time a completely unsubstantiated, pseudoscientific principle (like Biodynamics) is conflated with something genuinely scientific, it validates it. Now, there’ll be plenty of people who immediately tell me Biodynamics is very scientific with lots of evidence. No it isn’t. “It pre-supposes many things.” That last sentence is a direct quote from the bible of Biodynamics ‘The Agriculture Course’ lecture one. This is the same freaky text that tells us that “Everything that lives in the silicious nature contains forces which comes not from the Earth but from the so-called distant planets, the planets beyond the Sun — Mars, Jupiter and Saturn.” Once you’ve stopped laughing, I dare you to read that out loud and tell me hand-on-heart that it is not patently bollocks.

Still though, I can pre-empt you asking “where’s the harm?” Well when unscientific, unfounded misinformation is published in the media (Daily Mail) a lot of harm can be done – for instance the MMR vaccine. The papers had a field day and thousands of children were not immunised as a result. Children have died unnecessarily because of the way the media handle science. As it happens, Anthroposophy (another of Steiner’s weird and wonderful creations) has a very dim view of vaccines and promotes things that are proven to be complete and utter bullshit, like homeopathy. Gerard Bertrand claims to have had a liver problem cured with homeopathy and every wine press has happily reported this as truth. Clearly it isn’t. I’m sure Monsieur Bertrand believes it, but that doesn’t make it true.

Does this mean there is nothing in Biodynamics? Not necessarily, there could be: many of the world’s best wines are made using Biodynamic principles. But let’s look at it from a scientific viewpoint – winemaking is, after all, science, nothing more.

Reporting things without giving them context or explaining whether or not they are feasible is sloppy journalism. Moreover promoting dangerous quackery without caveats is fundamentally unethical – any journalists who have done so should be ashamed of themselves. If a winemaker said they were planning on tunnelling from France to Australia to improve their vineyard, this would hopefully be reported as, at best, bizarre behaviour. When a winemaker dresses up their ambitions with complicated words, which are from a scientific point of view just as ludicrous, it’s reported without question.

The wine world has some unusual views from some unusual people, and whilst we may all disagree on some things, it doesn’t mean we can’t be sure of anything. I’m sure his new wine is lovely, though.

* Quantum theory was never finished nor validated and was always self-contradictory, it was also so complicated Planck, Heisenberg and Einstein never entirely understood it.