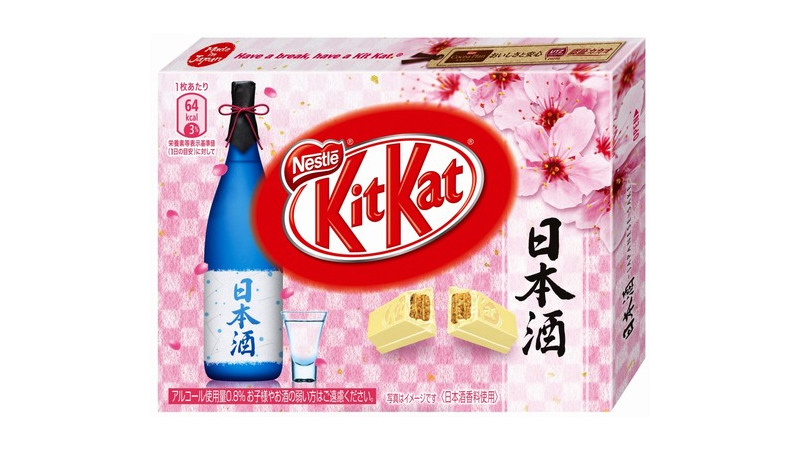 Japan and all things wine have been in the news quite a bit recently. On February 1st, Japan began selling a new flavour of Kit Kat, one that of course would not be available outside of Japan.

When you think about Kit Kat flavours you can’t help but visualise the row of chocolate bars at the local shop, vanilla, dark, light, chunky and BASTA – that’s it. Nowhere are you lucky enough to find a pack of Kit Kat Sake. That’s right, the beautiful rice wine and the bods over at KitKat thought why not and decided to join forces.

As unlikely a reunion as you may think, it’s turning out to be a hugely popular bar. The news site in Japan Nari Nari  described the new Kit Kat as  “chocolate with the mellow body and smooth aftertaste of sake.”

You’re probably thinking – huh? I still don’t get it. But let’s put things into perspective for a moment. The Japanese LOVE Kit Kat. When I say the love it, I mean that literally. It is the highest sold chocolate bar in Japan, with the locals consuming almost $90million/ year.

And given that level of demand, they’ve also been allowed to have an array of flavours made available to only them, whilst here in the west, we have a very disappointing choice of flavours.

The Japanese have been blessed with flavours like Strawberry, Purple Sweet Potato, Pear, Edamame, Bean Cake, Cinnamon Cookie, European Cheese, Matcha-Green Tea, and others, including region-specific flavors like Exotic Sakura. 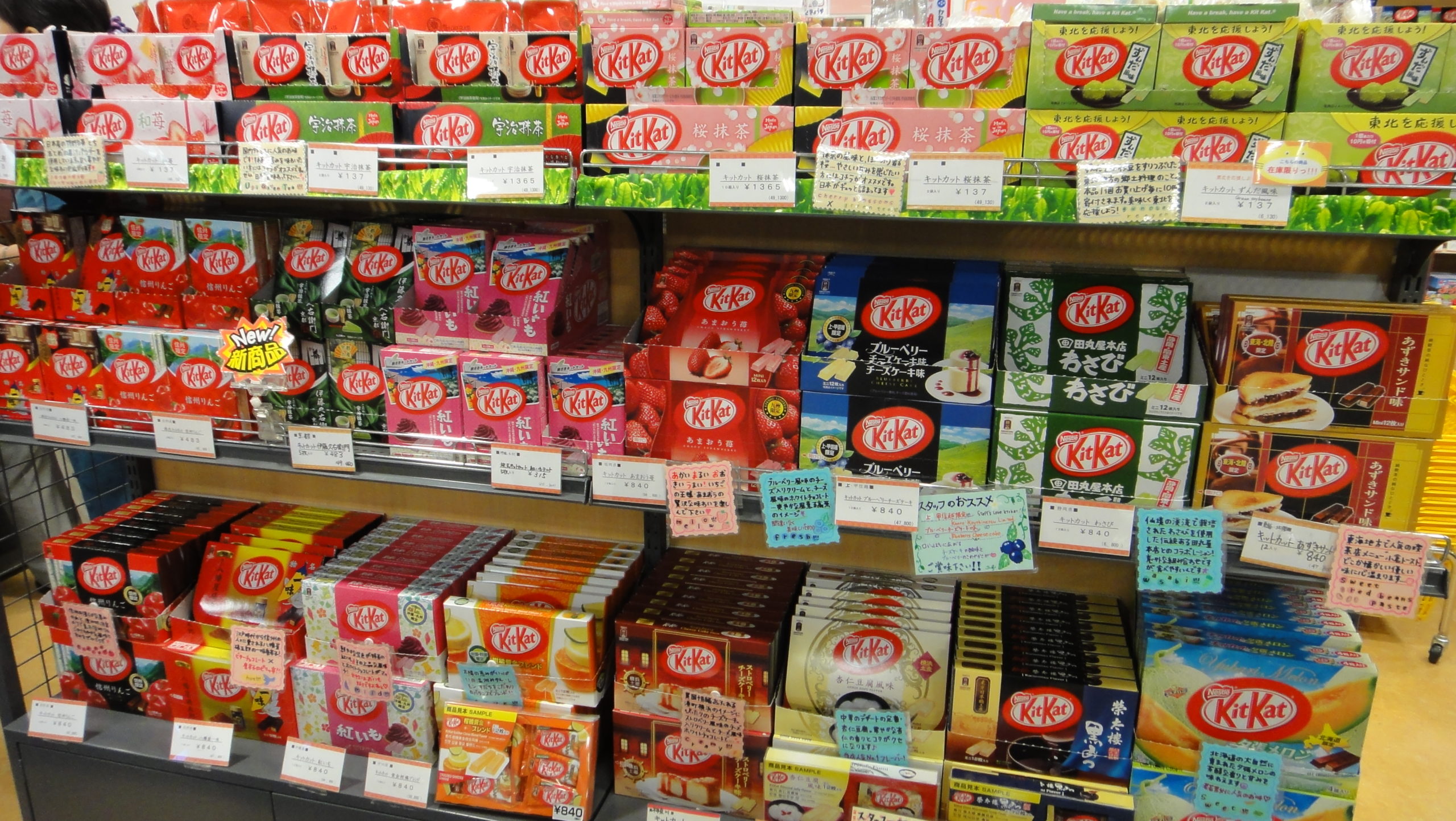 You’d think they’re obsession would end there, but NO.

An article at the end of last year in The Telegraph brought to my attention how their obsession with Kit Kats looks like it had just begun. Fast food franchise, First Kitchen were quick to jump on this bandwagon and decided selling Kit Kat Sandwiches. Yes, Sandwiches. 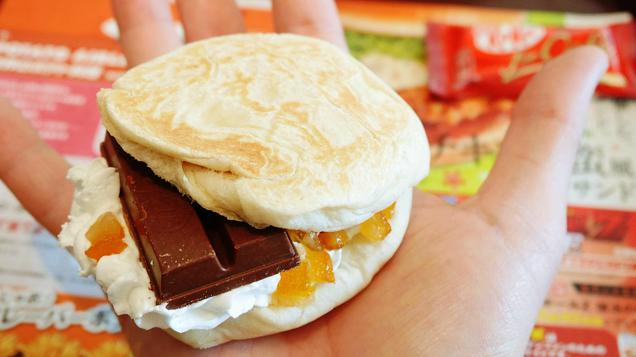 And whilst they do look delicious, and are cheap (and student friendly) – I can’t help but ask myself 2 very important questions:

Let’s be honest, when you read the above and worse still see that photo, you almost feel a bit ripped off by Nestle. Surely they would trust us with a bit more assortment? Surely more choice is a good thing? Ask Baskin Robbins!!

So of course on a blog like this, we would advocate for a wine flavoured Kit Kat, and if Nestle would be happy to placate us as they have done the Japanese, then let’s take it a step further, how about flavours by region or grape type. That would be fantastic. My usual 6am trip to the shops for 10 Benson Silvers, the paper and a bottle of water would seem so less mundane if I was also able to buy a Zinfandel flavoured Kit Kat – or better still, a Bordeaux flavoured Kit Kat.

As a KitKat lover, I must say I’ve taken great offence that Nestle would trust the Japanese with a Sake flavoured KitKat but not entrust us or the French with one tasting of wine (and not rice wine PROPA wine). Guess we’ll have to tweet this article to them and see what happens.

But if you’ve ever been on the fence about visiting Japan before, my hope is their array of Kit Kat choices will sway you to visit that beautiful country.