22
SHARES
ShareTweet
Sake is a Japanese alcoholic beverage made from fermented rice. Although it is often called a wine rice, it is brewed in a process more akin to beer making rather than winemaking. Its alcohol content is normally between 14% and 17%.

While this rice-based alcoholic beverage has been around for centuries, it still remains a mystery to many consumers in Western countries. Even those who know much about wine are often baffled when it comes to sake. Is a ginjo drier than junmai? And what about daiginjo? Is junmai ginjo similar to daiginjo? And just why is nigori so cloudy? These are just some of the questions most imbibers grapple with.

As with whiskey and wine, sake requires education – and the best way to learn is with your palate. But sometimes, expert guidance can go a long way. So we’ve put together a buyer’s guide to help you demystify this Japanese liqueur.

Read on to find out what the different categories and grades of sake are and how best to enjoy each type of sake. We’ll also look at some of the best sakes on the market.

Understanding the rice polishing rate is half the battle when it comes to choosing a sake. This is because the percentage is used to determine the quality grade of a sake.

The rice polishing ratio is the percentage of rice grain that remains after the husk of the brown rice is milled away. A higher polish rate removes amino acids, fats, and proteins that can produce undesirable aromas and flavours in the beverage.

This is a term used by brewers to refer to sake that is special in some way. The sake may have been made using a specially designated rice or a certain brewing method.

Nigorizake – nigorizake is a cloudy sake produced by straining the moromi (main mash) through a coarse-meshed cloth. The yeast and rice particles in this unfiltered brew give it the milky appearance.

Namazake and nama-chozo – sake is normally pasteurized twice before being released to the market (before and after bottling). Namazake is not pasteurized. Nama-chozo, on the other hand, is stored at low temperatures and only pasteurized once before bottling.

Genshu – this is undiluted sake. Since no water is added during the brewing process, genshu has a high concentration of alcohol and a strong taste.

Koshu – sake is usually aged for a maximum of one year before release. With koshu, aging can last for three years to five years. It has a mature flavour and smooth quality – both of which are common in long-aged sake. The colour of this sake ranges from yellow to amber and has a strong smell of caramel with hints of molasses, honey, and dried fruits.

Taruzake – taruzake is sake that has been stored in a cedar cask. It usually has a special aroma.

The Grades of Sake

Sake is classified based on several factors including the type of rice used, the degree to which the rice has been polished and the amount of distilled alcohol used. Here are the different grades of sake:

Futsuu-shu sake, also known as normal sake or table sake, makes up the bulk of the sake brewed in Japan (about 70-75% of the entire sake market). It is made with rice that has been polished to around 70% and distilled alcohol equivalent to about 20% of the weight of the milled rice. Organic acids and sugars may be added to the sake to adjust its flavour.
This sake has a less pronounced aroma and flavour when compared to specially designated sake.

The classifications described below are collectively known as special designation sake or tokutei meisho-shu and are considered to constitute the realm of premium sake.

Ginjo grade sake is brewed from rice that has been polished down to 60%. It is usually brewed longer and at lower temperatures than other sakes. Distilled alcohol equivalent to about 10% of the weight of the milled rice may be added.

Products in this category have a fruity fragrance with a slight sour tang. They also have a soft texture and a pleasant aftertaste.

Daiginjo-shu is a form of ginjo made with rice that has been polished down to 50%. It has a more refined taste and a stronger fruity fragrance than ginjo sake.

Sake classified as junmai is brewed only from rice and koji mould. While there is no minimum polishing requirement for polishing rice used in brewing junmai, most brewers polish their rice to at least 80%.
Junmai grade sake usually has a high level of acidity and umami.

This sake is made from koji mould and rice that has been polished down to 60% or less. It has a clear fruity fragrance and low acid levels as it is made using ginjo brewing techniques.

This subclass of junmai ginjo is considered the highest-grade sake. It is brewed with very high-polished rice (to at least 50%). The products in this category are generally light, complex and fragrant.

Honjozo grade sake is brewed with rice that has been polished down to 60%. A small amount of distilled alcohol is added to the brew to lighten its flavour. This type of sake has a low level of acidity and umami.
Honjozo-shu can also be of ginjo or daiginjo quality.

Note that the suffix -shu in some of the designations simply means “sake,” and is often dropped in conversations.

Sake may be served warm, at room temperature or chilled, depending on the season, the occasion, the type of sake and a person’s preference. High-grade sake should be served chilled (around 10 °C or 50 °F) as warming it may mask delicate flavours and aromas. Low-quality and old sake is best served warm – around 50 °C or 122 °F.

Warm sake is traditionally drunk from small ceramic cups called o-choko or choko. Chilled sake may be drunk from a clear glass vessel such as a white wine glass.

This Japanese beverage is best enjoyed young – preferably within one year of release. While it won’t “go bad” after this time, it’ll become more intense and concentrated in flavour. 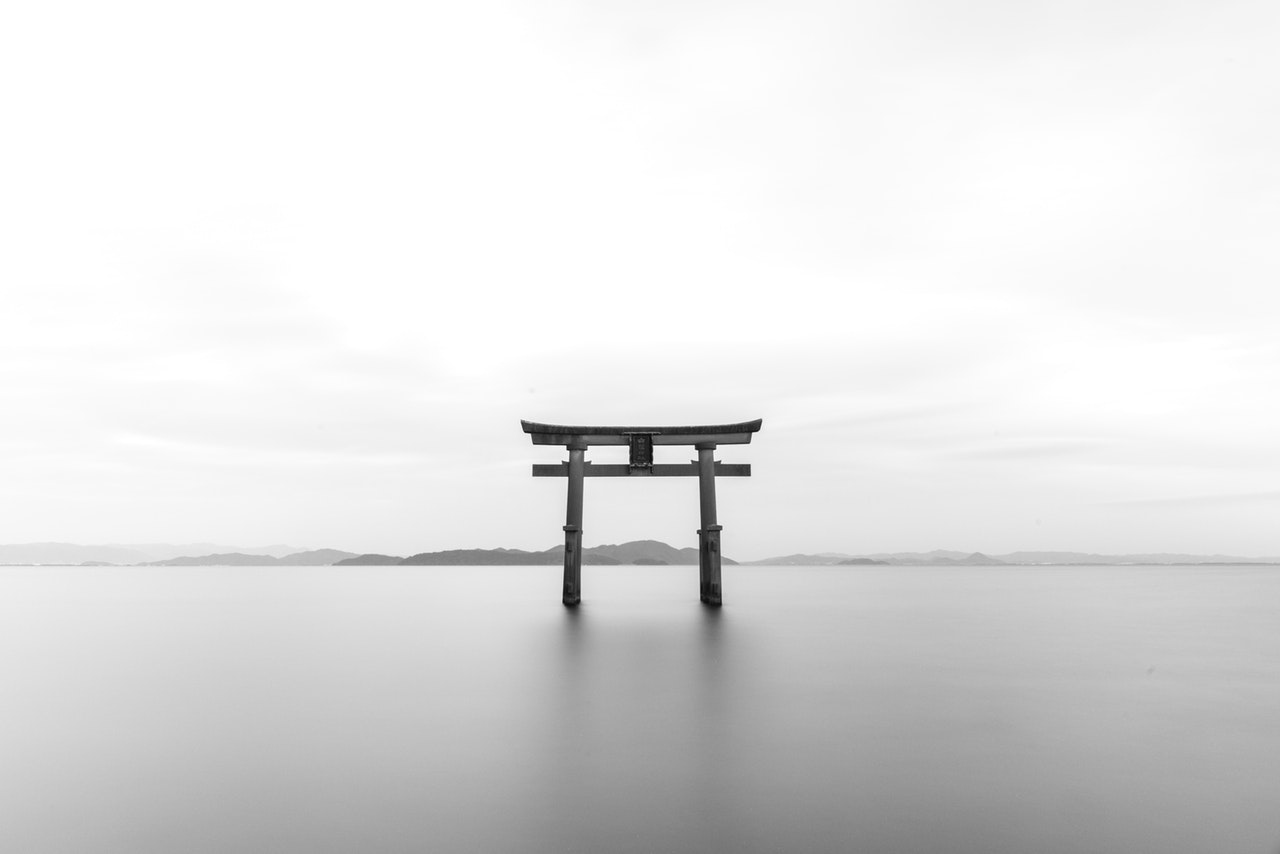 To save those who want to embark upon a new boozy adventure from navigating the sake landscape alone, compiled here are seven of the best sake bottles on the market. This list has something for everyone and includes sakes from different categories and styles.

This is a soft-textured, savoury treat from Choya, the leading Umeshu making company in the world. It is an easy wine to drink and a great introduction to the world of sake for the uninitiated. This sake is made with locally grown japonica rice which is fermented at low temperatures to give it rich rice-centric aromas.

The nice thing about this sake is that it is versatile – it can be served chilled in summer or warm during the cold winter season. Additionally, it pairs well with traditional Japanese cuisine such as sushi and sashimi as well as rich cooked items such as teriyaki, teppanyaki, and sukiyaki. Choya sake is ideal for flavouring gourmet dishes and preparing cocktails.

Shiraume Umeshu is a popular Japanese liqueur made by steeping Ume plum in premium grade ginjo sake. It is beautifully smooth and has flavours of almond and plum. Imbibers will love this sake as it doesn’t have a sharp tang of alcohol that may mar the finish on the palate – as sometimes happens with most plum liqueurs.

This plum-infused sake works well as a dessert wine or aperitif and can be served warm or chilled.

This premium junmai sake is one of the three sakes that Ozeki first brewed in California in 1979. It has a full-bodied flavor, fruity aromas, and a very balanced acidity. This pure rice sake has hugely inviting notes of tinned peaches, bison grass, and Danish pastry. Strawberry, melon, and shiso meet in the middle and sign off with a refreshing, off-dry and mildly warming finish. The sake is very easy to drink making it a great option for first-time sake drinkers.

Ozeki Premium style sake can be served chilled, warm or at room temperature. It is a wonderful accompaniment to light umami dishes like sushi, sashimi, and chicken. It can also be poured over fresh or grilled oysters to add depth of flavour.

Sho Chiku Bai is a junmai-shu made by Takara Sake USA, a Takara Group member based in Berkely, North Carolina. The company’s products are brewed with tradition in mind, blending old sake-making craftsmanship with modern technology. Additionally, the sakes are made using pure snowmelt from the Sierra Nevada Mountains and calrose rice grown in the fertile Sacramento Valley.

This traditional style sake has a hard, crisp texture with mild and complex aromas. It also has a nose of honey and a full-bodied palate with hints of nuts. It is best served warm or at room temperature. Sho Chiku Bai sake pairs great with mildly seasoned foods such as poached or grilled fish or meat, tempura, sushi, and other Asian dishes.

This liqueur from Akashi Tai is made by macerating the Yuzu fruit in Ginjo sake. The fruits are hand-picked locally and hand-juiced immediately to maintain a high level of freshness.

The Ginjo Yuzushu Sake bottle is beautiful in its simplicity as the sake is in taste. The sake has bright citrus flavours, with hints of sherbet lemons following it up. It’s worth mentioning that this sake feels quite strong in terms of alcohol content and may overwhelm mild food. However, it makes a great accompaniment to strongly flavoured stir-fry dishes.

This honjozo sake is a great option for those seeking a true taste of ancient Japan. It has deep rich notes of cocoa, caramel and maple syrup elements. The brew has melon, honey, and blackberry on the backend with strong umami overtones to create a distinctly unique drinking experience. Additionally, it is full-bodied, dry and crisp in nature.

The sake can be served chilled or warm with spicy dishes, fried foods, or grilled salmon.

Daishichi Minowamon is a multiple award-winning junmai daiginjo-shu, made the traditional kimoto method. This graceful sake has a classic nose filled with cantaloupe, ripe peach, and raisins. Its crisp, clean taste has an underlying richness that creates a natural and gentle mellow texture. This taste makes Minowamon a perfect accompaniment to cuisines with a natural sweetness such as kaiseki cuisine.

This junmai daiginjo sake is a great choice for anyone wishing to dip a tentative toe into sake’s savoury waters.

We hope that this comprehensive review will help you to understand the world of sake. However, the best way to gain a better appreciation for and understanding of this Japanese liqueur is to drink it. Therefore, make it a point to taste any of the brews described above.