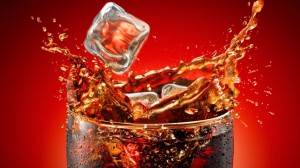 We’ve been trying to think how Robert Parker could pass the time when he finally grows tired of travelling the world, tasting fine wines and eating hairy crabs and all the other delicacies he regularly tweets about.  As long as his palate is insured for $1million, it seems wasteful not to put it to good use.  So we wondered if Coca Cola or PepsiCo might make use of his skills, to make sure their beverages are delivering the goods to their armies of devoted fans.

Who better to help Coca Cola to stay on top of the pack, or to re-enthuse the nation about Dr Pepper?  Who else could cause the price of the 2011 vintage of Orange Fanta to outsell Sprite for the first time since the failed lemon harvest of ’93?

In order to help Mr Parker with his new venture, I’ve been scribbling down some notes on all the soft drinks I’ve tasted this week.  So here’s my own Magical 20… (or rather, magical 7 as I had to limit it to the soft drinks that are sold in the pharmacy downstairs from my office)

Coca Cola: The 2012 seems less austere than the 2011 vintage (although the 2011 was tasted alongside crisps, whereas this time I am having pork scratchings).  The nose has hints of molasses and caramel, and the palate delivers these in abundance.   Sufficient tannins, which turned out to be a sugary residue that was reluctant to let go of my teeth.

Diet Coca Cola: Didn’t stand up to the aggressiveness of the pork scratchings as well as its sugary counterpart.  Its light, fluffy texture was offset by the aftertaste of aspartame and the desire to run around in circles being naughty before bedtime.  Tasted with: Haribo Sour Mix

Fanta Orange: A burst of oranges on the nose is followed by more oranges on the palate.  My finely tuned palate could not detect what kind of oranges they were initially.  Seville?  Sanguinello?  No, on closer inspection, these are the kind of oranges that are developed in a lab.  The orangeness lingered and stained my insides.  Curiously, I found myself wanting more.  Tasted with: Walkers Prawn Cocktail

Dr Pepper: despite its misleading name, indicating it is either spicy or endorsed by some sort of medical professional, the robust, off-beat flavour combinations make this the Gewurztraminer of the carbonated beverage world.  Of course, you wouldn’t expect these flavours to complement Scampi Fries, and indeed they don’t.

Powerade Blue Raspberry:   This looks and smells very wrong.  The inherent knowledge that it is very wrong to drink things that are this blue makes me think this would be more at home in an industrial cleaning product.  Oddly, it’s really delicious, and even though it may or may not be responsible for the fact that my eyes are bleeding, I am going to purchase another one later to accompany me to the gym.  Tasted with: reluctance

Dandelion and Burdock:  The dandelion didn’t phase me but I feel the burdock has left an impression on my bewildered palate.  Although if what you are looking for is a fizzy drink made from weeds and root vegetables, this is probably the one to go for.  Tasted with: Ibuprofen

Lucozade Sport:  At this point my head began to melt so I went and made a nice cup of tea instead. Mmmm.

So if you are reading this Mr Parker, I hope that you will like this idea.  I have no doubt that your tasting notes will be even more poetic  than mine, and that your experienced palate will be better equipped to deal with the challenges posed by the soft drinks.  But if I find out you’ve been responsible for inflating the price of Diet Coke multipacks in Sainsbury’s, or that the Scots can’t get their hands on Irn Bru because the Chinese have bought the entire 2012 vintage and begun brewing girders themselves… well, you’ll have me to deal with…