I don’t know how I got into this situation. A friend of Mrs 12×75’s bought a new house and wanted to do a house warming for some friends and family.

They got talking about the food and hoping that the weather would hold up for the day. By the end of that conversation I had been volunteered and tasked with finding the wine and champagne!

Busy enough as I was and having left it till literally the last few days, I scrambled and did something I’d NEVER done before. I bought wine online. The whole world seems to be doing it, so how bad can it really be?

Now, let me just STOP you for a minute. I truly have never ever bought any food/drink online in my life. To me, buying wine is always a fun experience. I liken it to what my wife must feel walking through the handbag section of Harrods/Primark (depending on her month at work). 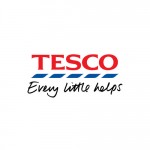 When I buy wine, I buy from a selection of wine shops both locally and in town, and every few months a friend and I put some money into a pot and really buy some great Bordeaux and Burgundy stock. But what I’ve never ever done is buy wine online.

In this case, the budget per bottle was limited, so I had to spend some time perusing the websites of various supermarkets. Except for a few exceptions, nearly every supermarket sells wine online these days, so I thought maybe the outcome would be the same no matter where I buy. I was wrong.

Having looked on Tesco’s site, I couldn’t believe it. I managed to find Moet Rose at £29 per bottle. That was almost £10 per bottle cheaper than anywhere else. Had to be done; I’ll take two cases thank you very much.

Within half an hour, I had bought the champagne and wine online from two different supermarkets, all of which was destined for Mrs 12’s friend’s house. My job was done. In this day of integrated supply chains and national delivery networks, what could possibly go wrong?

It turns out, quite a lot can and will go wrong. The next day I received a call from our friend.

“Vim, did you order two cases?” she asked.

“They’ve delivered 10 bottles of the Moet Rose and chucked in 2 of their own. I’ve sent those back,” she said.

“Okay…are they delivering the other two?” I asked.

Not a good start.

I knew 10 bottles wouldn’t be enough for the party. But where was I going to find them? It’s only 2 bottles, I thought, so I’m sure I can buy them from a shop somewhere. But of course I would miss out on the great deal by doing this, which wasn’t the outcome I had wanted.

Not wasting any time, I did what every upset consumer does these days. I went onto Twitter.

After I sent my tweet to Tesco, they replied with a customer service number.

The person at the other end of the phone was not at all helpful and told me to call back in a few days for a refund. Those two bottles of Moet Rose I had ordered? There was nothing they could do.

In the end our friend went to her local Tesco and bought the two bottles herself, grudgingly.

An hour later, our friend phones again. This time, it’s to confirm the Waitrose order had been delivered. Phew, I thought.

And then she told me what was in the box. This wasn’t a matter of just two bottles missing – half the order was wrong. I’d ordered 6 bottles of Domäne Wachau ‘Terraces’ Grüner Veltliner (£8) and 24 bottles of Château Haut Branda (£10). What was actually delivered were four bottles of the white wine and just six of the red, with a dozen different reds that I’d never heard of or even asked for being tossed into the box as a substitution. In all, 16 bottles were not what I had ordered.

So I tweeted them. The response? Ring customer service.

At this point I was ready to lose it. There were 24 hours left until the party and no one had the time to sort this out. I dialed their number in anger.

“Hello, can I help you?” said the sweetest woman on the other end of the phone.

“YEAH, my order’s wrong, here’s my customer number” I belted in my not so sweetest tone.

She was apologetic and, just when I was about to erupt, asked if she could call me back in five minutes because she might have a solution.

Just four minutes later, she called me back. Over the space of that day, the wine was going to be collected from several different Waitrose locations, loaded onto a single truck and brought to us. She had arranged for three different trucks to come from three different depots to correct this order. As excited as I was, I held my breath. Was this really going to work?

Within three hours of calling Waitrose, all the wrong stock had been collected and the correct stock delivered. They didn’t make excuses. More importantly, they didn’t give up and offer a refund rather than help me to find a solution.

This was a lucky save given that both my orders went wrong, if you ask me. However, was surprised to find out that many supermarkets will simply change your online order if they don’t have the stock that you ordered. And they can do this without calling you as long as it’s a like for like product.

This might work for bin liners and limescale remover, but wine is one of those products that people select on an individual basis. In the same way a customer would be upset if their fillet steak were simply swapped for a rump, the same goes if your Hermitage is replaced by Hock.

And for that reason, I think I’m going to go back to not ordering wine online, EVER!