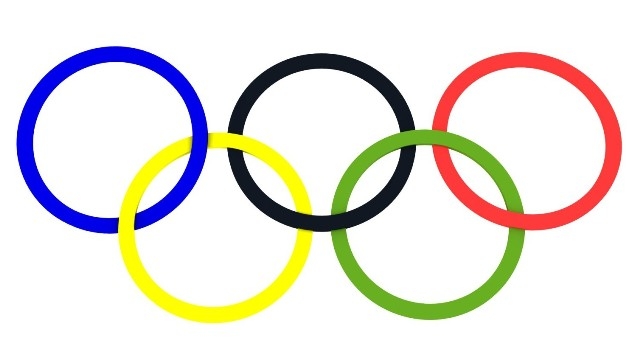 I know I’m not alone in saying that the Olympic Games made me feel very proud to be British.  They also inspired me to buy a mountain bike and train for a half marathon next year.  Unfortunately at 35 and no sporting ability whatsoever, I don’t think I will be making the cut for Team GB 2016, but it is nice to feel motivated to get moving all the same.

I really love exercising and have always done a fair bit.  Sadly I am not blessed with athleticism and despite my best efforts in various different sports over the years, I was never destined to win an Olympic Gold medal.  Watching the closing ceremony while pretending to work on my laptop (but actually perusing Ebay for mountain bikes) I wondered whether my mountain bike money would be better spent developing a talent in which I actually had some chance of getting to the top.  At that point my cat came in from the garden smelling like a wet labrador and proceeded to shake himself all over the glass of Viognier I had been saving until I had actually done some work.  Just as I was wondering whether it would be that bad to drink it anyway, after all I had been really looking forward to it, the aforementioned cat settled down on the floor for an extra-vigorous wash and took out the glass with one swoop of his stupid giant paw.  Grrrr.

I went downstairs for a tea towel and a fresh glass.  I hate spilling wine.  Especially nice wine.  And that’s when I realised where my true talent lies.  Not in spilling wine, but in the fine art of drinking lots and lots of it.  If wine drinking were an Olympic sport, I reckon I would make the cut for the ladies’ team.  Not on drinking the most, you understand, but in making drinking into a beautiful spectator friendly art form, I believe I am one of the best.   Rather than the event being a student-ish free-for-all old-school drinking contest, what if the competitors were rated on various drinking criteria besides speed and intoxication?  Why should the best drinker be the one who drinks the most?  Maybe the Olympic drinking champion would be a true all-rounder – someone with speed, agility, poise and endurance.  How would such an event unfold?  What criteria would the competitors be judged on?  I had a think, made some notes, and came up with the following.

Poise: Their ability to maintain a calm demeanour throughout the competition.

Spillage: Points will be deducted for any spillage throughout the events.  Obstacles will be presented to challenge the competitors such as hurdles, javelins, the water jump and unexpected judo opponents.

Insightful remarks: Additional points can be gained by providing an insightful remark on the Claret in question.  Points will be deducted for confusing the issue, slurred speech or just agreeing with Robert Parker.

Speed: Okay so it is not all about speed, but I think there should be some sort of speed drinking element, otherwise you might as well just sip the Claret slowly, stay sober, and win on poise alone.

Dismount: I am not entirely sure how this would work, but it seems to be a big deal in the gymnastics.  And I think a pommel horse will inevitably be involved at some stage.  It is definitely the sort of thing I would gravitate towards (and fall off) in a competitive drinking situation.

I wanted to pat myself on the back for what was arguably my best idea since Cat Slalom (another recent brainwave, that aims to integrate more animals into the Olympics), but I had a nagging doubt that the Olympic committee would ever fall for it.  In fact I think anything with the words ‘Competitive’ and ‘Drinking’ in it would be a non-starter.  But I haven’t given up.  Those of us with no athletic ability deserve to have our other talents recognised – and there is more skill involved in drinking than people realise.  Our time will come, people.  Watch this space.