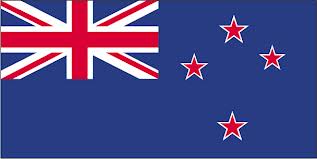 While the rest of the world’s wines are getting more expensive, you can’t help but notice that there is a new face among the sub £6 wines that you wouldn’t have expected to be there a few years ago.  When New Zealand’s wines first became incredibly popular in the UK, it certainly wasn’t because they were cheap.  In fact, they were anything but – about 10 years ago, you could pick up a bottle of Villa Maria Sauvignon Blanc for around £7 and the mysterious Cloudy Bay, if you could get hold of it, was around £13.  So what’s happened?

Decanter reports that Brent Marris, found of Wither Hills says that the phenomenon of cheap bulk wines from New Zealand is ‘a blip’.  ‘We’ve taken a hit on our price, but we are growing our market,’ he says.  ‘What it has done is take Marlborough to the world.’

I wonder if Marlborough needs to be brought to the world as a cheap, inoffensive, but barely memorable wine – when it first emerged as a wine growing region, its wines were kind of edgy and aloof and desirable, and even though I’m not much of a Sauvignon drinker, I found myself drawn to their  racy acidity and grassy, tropical flavours.  I also loved their clean, unoaked Chardonnays and subtle dry Rieslings and Pinot Gris.  I have to admit that I never really loved their Pinot Noirs although they have clearly impressed critics over the years.  I slightly agreed with someone who knew an awful lot more than I do who I was chatting to at a NZ wine tasting, who said that his opinion on New Zealand Pinot Noirs was that they ought to let their vines mature for another ten years before unleashing their wines on the international scene.  Only then, he said, would they start to be worthy of some genuine praise.  But whatever you think of them, they have managed to gain a cult following.  How did New Zealand, a miniscule producer on the international scale, get it so right?

Branding is a really big deal in the wine industry – a well-branded cheap wine that catches the imagination of the average novice wine drinker can become an international bestseller.  But what New Zealand did went against any branding exercise ever done before.  Their wines were simply not cheap.  They ranged from about £7 to about £20.  They looked cool.  They were easy to sell.  And they tasted so good, that it was easy to coax a customer who usually didn’t spend more than £5 into the £7 category, because once you tasted them, there was no going back.  It was like joining an exclusive club that were ‘in the know’.

Now, cast your mind back a bit further – remember when the wines of Chile were unleashed on the world?  They were well presented, great value, and very appealing.  They gained a substantial following.  They were better than French wines at the same price.  But it soon became apparent that other countries could make well-presented, great value appealing wines to rival the Chileans.  France and Italy fought back to re-gain their market share.  And Chile went back to being just another wine producing nation.

I don’t think New Zealand wants to be just another wine producing nation.  It wants to be better – and has proven it can be.  I don’t think the Marlborough that the world is seeing now is what their winemakers had in mind when Cloudy Bay first hit the shelves (right before it was stripped off the shelves to prevent customers from buying an entire year’s allocation).

Meanwhile another wine producing nation is getting it absolutely right from a branding perspective – another miniscule cool climate country with bags of potential but very little experience in the international market.  It is thought that England can make wines more similar to Champagne than anywhere else on earth – the climate and soils are very similar.  These are not cheap alternatives to Champagne – in fact, many of them are priced roughly the same.  And it is still very early days, but there is definitely a buzz around them.

I’m confident that what is happening in New Zealand is ‘just a blip’ but hopefully not one that will affect the image that they had initially managed to build for themselves in the long term.  Only time will tell – but I fear the audience that regularly drinks their bulk wines might not be candidates to take the step up to taste their finer wines.  When the bulk subsides, they might just retreat back to Pinot Grigio.